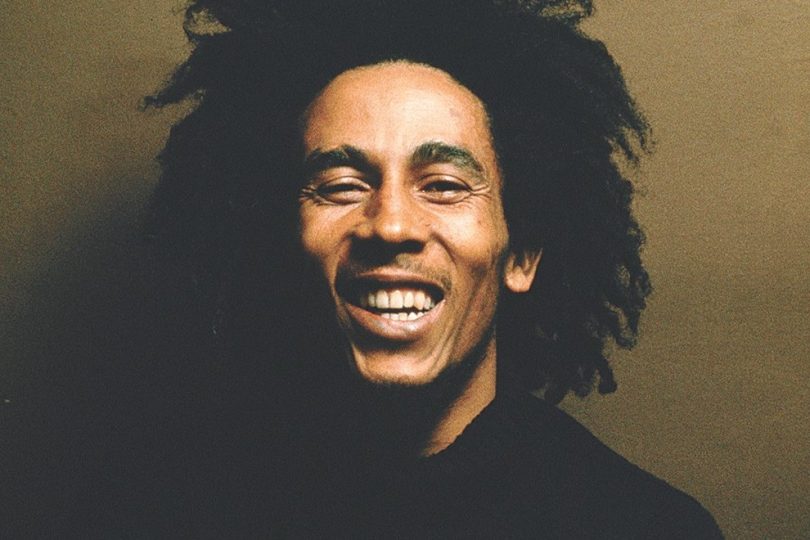 Acknowledging that songs about turkeys are few, a playlist of 38 tunes suitable for the Thanksgiving holiday has been compiled by Yahoo.com Entertainment, and a song by Jamaican icon Bob Marley is at the top of the list. “Give Thanks and Praises,” a single released by Bob Marley and The Wailers in 1983 heads the section of the list that includes “Songs about Giving Thanks.”

The song was included on the “Confrontation” album, the 13th and final studio album from the band as it was released two years after Bob Marley’s death in May of 1983. The songs on the album were gathered from singles recorded during his lifetime and from unreleased material. The best-known track on “Confrontation” is “Buffalo Soldier.” On the album cover, Marley is shown as St. George slaying the dragon. This depiction was also found on the reverse side of the imperial standard of Haile Selassie of Ethiopia, a Rastafari icon, but the direct model for the graphic is a World War I British recruitment poster. The album’s sleeve features an artist’s view of the Battle of Adowa in which Ethiopia defeated Italy in 1896. All the tracks on the album were written by Bob Marley.

Robert Nesta Marley, better known as Bob Marley, was born in Nine Mile, Jamaica, in 1945. A Jamaican singer/songwriter, he is celebrated as one of the pioneers of the reggae genre. Marley’s songs are largely responsible for the popularity of Jamaican music around the world. In addition to his music, Marley became an icon of the Rastafari religion, infusing his songs with a spiritual sense. Even before his death in 1980, Marley was a symbol of Jamaican culture and identity and a strong supporter of social reforms, the legalization of marijuana, and Pan-Africanism.

The other songs listed in the “Songs about Giving Thanks” category include Otis Redding – I Want to Thank You; Sister Sledge – We Are Family; Natalie Cole: Be Thankful; Bing Crosby: I’ve Got Plenty To Be Thankful For; Ariana Grande – thank u, next; Sam & Dave – I Thank You; Drake – Keep The Family Close; Phillip Phillips – Home; Earth, Wind and Fire: Gratitude; Keith Urban – But for the Grace of God; and Mary J. Blige – Family Affair.