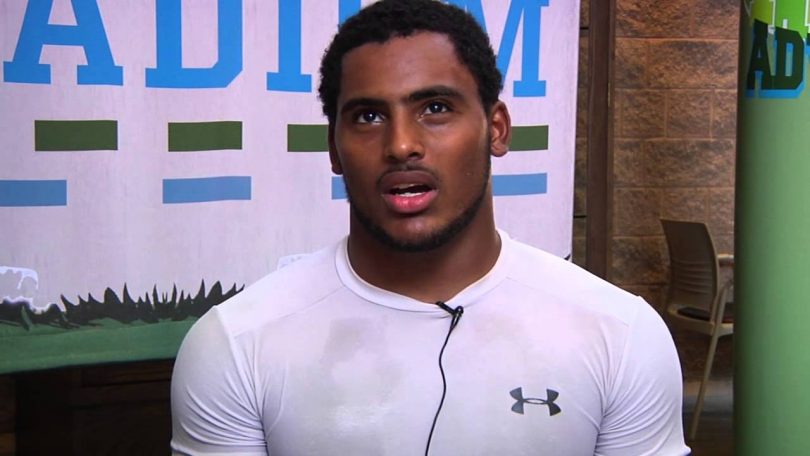 Nico Marley, linebacker at Tulane and the grandson of Jamaican reggae legend Bob Marley, has been signed to the Washington Redskins 90-man roster. Marley was invited to attend a Washington Redskins mini-camp on May 12-14, 2017, and there was speculation at the time ​that the mere fact of the invitation meant the team was interested. Marley is 5 feet 8 inches tall and weighs 200 pounds, but despite his size, Marley puts his total commitment into every hit. Marley has been described as “playing off receivers,” giving them no space to gain yards after a catch. In other words, Marley makes up for his small statue with “tenacity and ferocity.” At Tulane, he was credited with 48.5 tackles for loss, seven sacks and four interceptions over 48 games.

About the Washington Redskins (Source)

The Washington Redskins are a professional American football team based in the Washington metropolitan area. The Redskins compete in the National Football League (NFL) as a member of the National Football Conference (NFC) East division. The team plays its home games at FedExField in Landover, Maryland; its headquarters and training facility are at Inova Sports Performance Center at Redskins Park in Ashburn, Virginia, and the Redskins Complex in Richmond, Virginia, respectively. The Redskins have played more than 1,000 games since 1932, and are one of only five franchises in the NFL to record over 600 regular season and postseason wins, reaching that mark in 2015. The Redskins have won five NFL Championships (two pre-1966 merger announcement, and three Super Bowls). The franchise has captured 14 NFL divisional titles and six NFL conference championships. The Redskins were the first team in the NFL with an official marching band, and also the first team to have a fight song, “Hail to the Redskins”.

The team began play as the Boston Braves in 1932, based in Boston, before relocating to Washington, D.C., in 1937. The Redskins won the 1937 and 1942 Championship games, as well as Super Bowls XVII, XXII, and XXVI. They also played in, and lost, the 1936, 1940, 1943, and 1945 Championship games, as well as Super Bowls VII and XVIII. They have made 24 postseason appearances, and have an overall postseason record of 23–18. The Redskins’ three Super Bowl wins are tied with the Oakland Raiders and Denver Broncos, behind the Pittsburgh Steelers (six), San Francisco 49ers, Dallas Cowboys, and New England Patriots (five each), and the Green Bay Packers and New York Giants (four each).

All of the Redskins’ league titles were attained during two 10-year spans. From 1936 to 1945, the Redskins went to the NFL Championship six times, winning two of them. The second period lasted between 1982 and 1991 where the Redskins appeared in the postseason seven times, captured four Conference titles, and won three Super Bowls out of four appearances. The Redskins have also experienced failure in their history. The most notable period of general failure was from 1946 to 1970, during which the Redskins posted only four winning seasons and did not have a single postseason appearance. During this period, the Redskins went without a single winning season during the years 1956–1968. In 1961, the franchise posted their worst regular season record with a 1–12–1 showing. Since 1992, the Redskins have only won the NFC East three times, made five postseason appearances, and had nine seasons with a winning record.