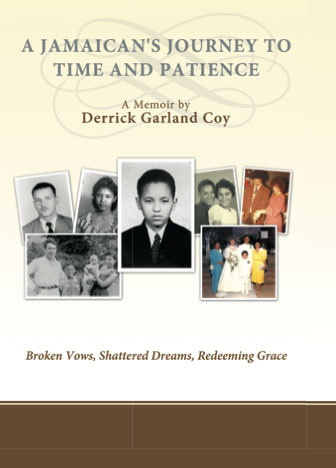 About the Book:
A Jamaican’s Journey to Time and Patience is Derrick Garland Coy’s portrait of his multi-ethnic family whose African, Chinese, and European roots merge in Jamaica during the 1800s, then scatter across the globe in the mid 1900s, sending him on an odyssey to discover and fulfill God’s call in his life, heal family wounds, and share Christ’s message of redeeming grace and love.

Against the historical background of 470 years of Spanish and British colonial rule over Jamaica and the island’s journey to independence, Derrick weaves the stories of the various lives of his forebears, and tells his own life story: born to a briefly married thirteen-year-old mother and ninteteen-year-old father, her struggles as a teenage single mother, her love affairs with British soldiers stationed in Jamaica, and her turbulent marriage to an alcoholic Irish university professor who moves the family to Hong Kong, Trinidad, and finally to Australia.

Derrick also shares his own journey—his early years in Jamaica, struggles in school, teenage rebellion and hatred for his parents, his dramatic conversion to Jesus Christ and call to ministry as a pastor and filmmaker, two failed marriages, straying from his Christian calling, and returning to faith in and service to Jesus Christ.

It’s an encouraging story of learning to trust and obey God in the midst of hardships, setbacks, and failures. 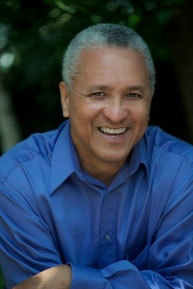 He is a graduate of: The Jamaica School of Theology (Ministerial Studies); Anderson University (B.A., English); and California State University, Northridge (M.A. Education); and studied film production in the Master of Fine Arts program at the University of California, Los Angeles.

He lives with his wife, Diana, in Granada Hills, California, and is the father of three grown children and the grandfather of four.

His blog, “Reflections on the Christian Journey,” is found at http://dgcoy.me.