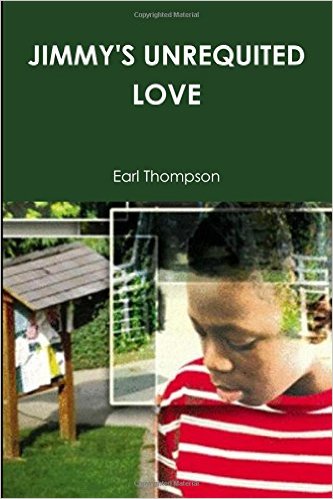 About the Book
Gem was unhappy. But she remembered times when she was happy. Those were times when she had had the man of her dreams. He was everything to her and he had given her love like she had never had it before. She thought this love was going to last forever, but then she got pregnant and that changed everything. He had previously told her he didn’t want a child, but she had thought that once he found out, his love for her would prevail and they would be happy forever. But she was wrong. Now fifteen years later he was back and he told her that in order for everything to be as they previously were, she would have to correct the mistake she had made in the past. Gem was now obsessed with him and was now willing to do whatever it took to get him back into her life, even if it meant committing the ultimate crime

Review:
Jimmy’s Unrequited Love is a fairly interesting story about a young Jamaican boy who gets the opportunity to migrate to Canada to meet the mother he did not know. After growing up in relative poverty with the maternal grandmother in Wood Hall, a rural district in central Jamaica, 13-year-old Jimmy travels by plane from Kingston to Lester B Pearson International Airport and then on to Agincourt in Canada. On the way, he gets acquainted with a pleasant girl, Pamela.

In Canada, Jimmy meets his mother Gem; her husband, Joe, and their two daughters, Sandra and Melissa. They live in a well-appointed three-bedroom apartment. So, when his mother shows him a small mattress that he must place on the floor to sleep, he realizes that he is not considered part of ‘the family’. It is just the start of some very unpleasant experiences in his life. His mother’s attitude towards him and the open hostility and bitterness she displays is a puzzle to the boy. Little does he know that she hates him because many years ago she lost the love of her life, the man, Gary Morgan, his father, when she became pregnant with him.

Gem is prone to violent vocal and physical outbursts. In her disturbed state of mind, she goes from smoking marijuana, to using crack. Meanwhile, she pursues every lead she can to find Gary who at 40 years of age is still a carefree bachelor, lives in Canada and thrives on the attention of women many of whom are Caucasian. Finally, Gem finds Gary and gives in to what she believes is the only plan that will bring him back to her. The plan meant killing her son Jimmy, the person she felt was the source of her unhappiness and emotional pain. The plot of the story is fairly simple and uncomplicated. There are some other characters who add color and interest to the main ones – Vivienne, for example, Gem’s friend who provides help and shelter for Jimmy when his mother abuses him and throws him out of her house; Gem’s estranged husband, Joe; Clifton Rockwell, Gem’s boyfriend and Christine, Pamela’s friends.

About the Author
Earl Thompson was born in a district called Wood Hall in Clarendon. He attended Vere Technical high School as well as Clarendon College.  At age 18, he became a policeman. He served for 12 years and the migrated to Canada. He is presently living in New York. He has a diploma in Journalism, short story writing, as well as one in Local Area Network (LAN) He started writing from an early age. He writes screenplays, novels, lyrics and poetry. He won two poetry competitions and once optioned a screenplay. Earl is very passionate about his writing.

Where to get the book
The book is available online at Amazon.com.