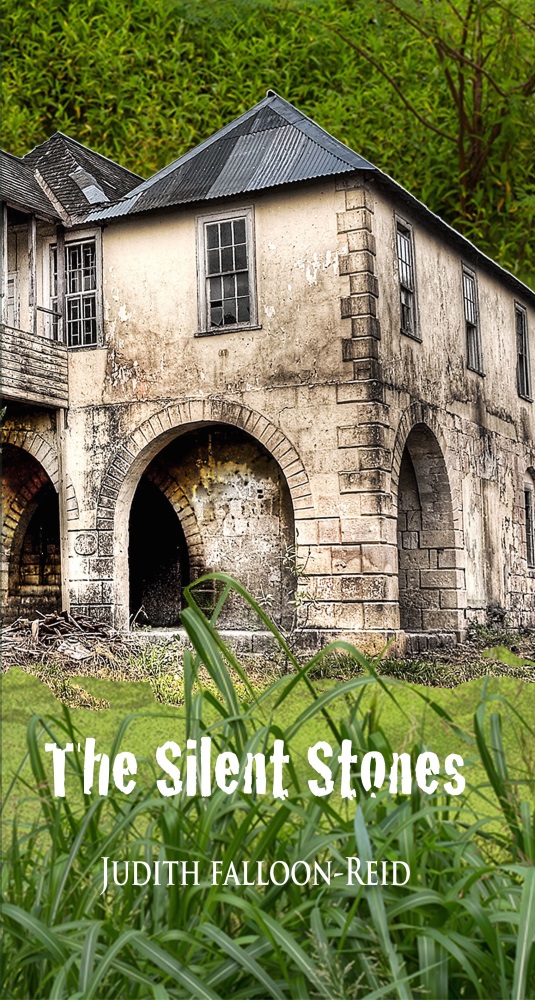 Daunte had waited 25 years to visit Jamaica, the land of his ancestors. His mother swore she would never return but Grammy Maude, the matriarch, was dying. It was time. He would go alone. It would be his only chance to learn about his family and the history of Singleton Manor, the house that had been theirs for centuries. He could only image the stories these old walls would tell if only they could talk.

He is introduced to the island by Bolo who, driving like a typical Jamaican, takes him on an adventurous ride along the coast and up into the hills of Trelawny to Stewart Town where he encounters a strange mix of greetings from his family. Aunty Amy’s chilly reception and Uncle Manny’s obvious hatred fuel his feelings of being an unwelcomed guest and when Grammy Maude finally dies all hell breaks loose. As he unearths the truth about his family, he finds himself embroiled in a dangerous saga of deception and secrets that span generations, cross color barriers and stretch his imagination. Walls do talk, Grammy Maude told him. And, if you listen they will tell you everything.

Intriguing and captivating, this novel depicts the lives and foibles of people in a typical Caribbean country with a history of European slave ancestry. Life in such a setting is anything but ordinary!

Set in rural Jamaica, moving seamlessly and repeatedly between the past and the present, scenes local and foreign, and describing an intricate tangle of carnal family relationships, this story is a ‘must-read’ for those who comprehend and can critique the intricate sexual liaisons and less than subtle interactions and coercions that denote our history in the Caribbean over the past 3 centuries!

The sociology of masters and slaves, overseers and servants, employers and the underpaid and powerless employees, are all unveiled and permeate the fabric of this wonderful novel. The incongruities of human interaction, as well as the good and evil that co-exist within some persons, come to the fore in this small town in Trelawny. The ‘pain’ of man’s inhumanity to man, and the resilient spirit of so many who rise above the grief and misery caused by others, provide the backdrop to the story as seen through the eyes of Daunte, the foreigner great grandson of the family matriarch, Grandma Maude. And the walls of Singleton Manor had ‘ears’ that recorded all the ‘goings-on’ in every generation!

The mystique and intrigue of great grandma Maude, and the sage yet concealed knowledge of her best friend Stella, are perplexing to the end. And there are some unnerving, unexpected twists that bring this fascinating novel to a tumultuous crescendo.

He is a Palliative Care & Family Physician with over 30 years’ experience, and a frequent contributor to The Observer newspaper in Jamaica.

He holds a Ph.D. in Bioethics and Experimental Medicine and a Masters in Bioethics from prestigious McGill University and an MB.BS, Medicine, from the University of the West Indies.

Judith Falloon Reid is an author, poet, screenwriter, speaker and filmmaker. Judith is the author of novels Here’s a hundred Dollars…Buy Yourself a Life! and Are Mirrors Cleaner in Paradise? both of which have been listed on Amazon’s Editor’s Choice. She is also the author of four faith-based books: Time & Seasons, Full Circle: Reclaiming your Faith, The Belly of the Whale and Monday Morning Meditations. She has written for local and international newspapers including the Gleaner, South Florida Times and Specialty Travel and is the founder of Independent VoYces Literary Fair. As co-owner of BarriVision Films, she has written and directed the award-winning faith-based movies, Just Another Friday and The Gift Everlasting and created several television programs that have aired locally and internationally. Judith is married to film producer Michael Brown of BarriVision Films and the couple splits their time between Florida and Jamaica.