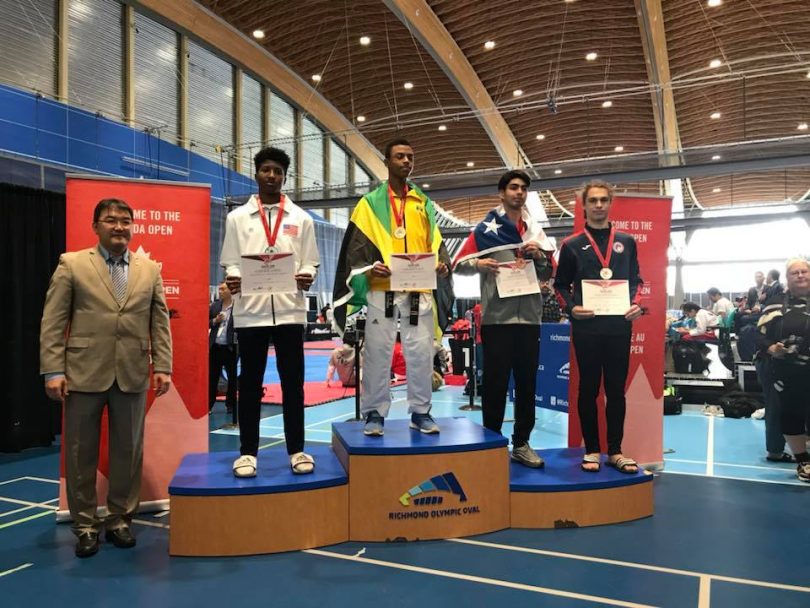 Jamaica’s Brandon Sealy has won a gold medal at the Taekwondo Canada Open competition in the 73KG Junior Male category. Sealy faced competitors from the United States and Chile at the event held in Richmond, British Columbia.

In his first match, Sealy overpowered opponents with his impressive speed and strength. In his second match, he and his coach Master Tony Byon overcame a trend of facing increasing heights of the opposition and achieved another victory. Sealy held off challenges from the United States by taking a lead of one point until the end of the final round, providing for an emotional and nerve-wracking finish.

Following his win, Sealy ran around the ring draped in the Jamaican flag and later told reporters that the final seconds of the match were “just like life. You have to know when to make adjustments to win.” 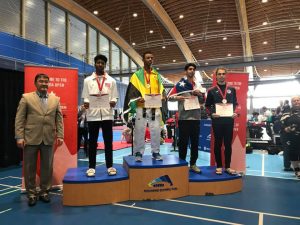 In August of 2018, Sealy won gold at the Pan Am Taekwondo Tournament in Spokane, Washington. These two golden victories have made Sealy the first Jamaican junior Taekwondo athlete to attain two consecutive gold medals at the World Taekwondo-sanctioned event within two months.

Commenting on his achievement, Sealy said he was humbled by the honor to represent his homeland of Jamaica. “I don’t take it for granted,” he said. Every year, he expects the competition to become more difficult, so he is diligent in his practice. Sealy went on to say that the sport has taught him “tough lessons” but most importantly, to be resilient and to never give up. He said he will continue to perform to the best of his ability in order to use the sport as a way to inspire young people to “dream big” and to show them that nothing is impossible with hard work.