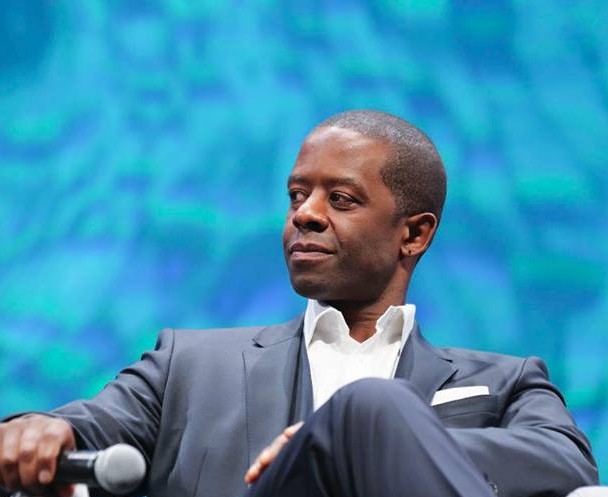 On August 14, 1968, Adrian Anthony Lester, OBE; actor, director, and writer, the son of Jamaican immigrants, was born in Birmingham, West Midlands, England. Born Adrian Harvey Lester, his mother Monica was a medical secretary, and his father Reginald managed a contract cleaning company. He sang in the choir of St. Chard’s Cathedral in Birmingham from the age of nine, and at 14, he started his acting career as a member of the Birmingham Youth Theater. He attended Archbishop Masterson RC School and then Joseph Chamberlain VI Form College for a year. He went on to train for three years at the Royal Academy of Dramatic Art in London.

In 1991, he received an Ian Charleson Award commendation and a Time Out Award for his performance as Rosalind in the all-male Cheek-by-Jowls production of As You Like It. In 1993, he had the role of Anthony Hope in Sweeney Todd produced by the National Theater. He also appeared in the musical Company, winning an Olivier Award for his performance as Robert. He also played Hamlet and received the Carlgon TV Theater Award for that performance. His other acting roles included Henry V at the National Theater (2003), Brick in Cat on a Hot Tin Roof at London’s Novello Theater (2010), and Ira Aldridge in Red Velvet, a play written by his wife Lolita Chakrabarti (2012). In 2013 he played Othello at the National Theater and won a Best Actor award in the Evening Standard Theater Awards, along with his co-star Rory Kinnear, for that performance.

His television career includes playing Michael “Mickey Bricks” Stone in the BBC’s production of Hustle from 2004 to 2012, a guest star role in The Ghost Squad police drama on Channel 4, a starring role in the BBC’s Bonekickers, a program about archaeologists, and Myror in Merlin on British television.

Lester’s film appearances include Henry Burton in the Mike Nichols’ film Primary Colors in 1998, for which he won a Chicago Film Critics Association award nomination for Most Promising Actor, and a Kenneth Branagh adaptation of Love’s Labor’s Lost set in the 1930s. He had a minor role in The Day After Tomorrow and filmed scenes for Spider-Man 3 in 2007.

He appeared in the documentary When Romeo Met Juliet in 2010 with his wife as acting mentors to students at two Coventry schools involved with a production of Romeo and Juliet. Lester has also recorded the book, Alpha Force: Survival by Chris Ryan.

In 2007, he participated in Empire’s Children, a documentary about the journey of the Windrush Generation from Jamaica to the UK, filling in for his grandfather Kenneth Nathaniel Lester, who was to have been interviewed, but who unfortunately became ill and died before the film was completed. When asked on the program Front Row on Radio Four to select a piece of art that meant a great deal to him, he chose Bob Marley’s Redemption Son.

Lester was named an Officer of the Order of the British Empire (OBE) in 2013. In the same year, he received an honorary degree from the University of Warwick.