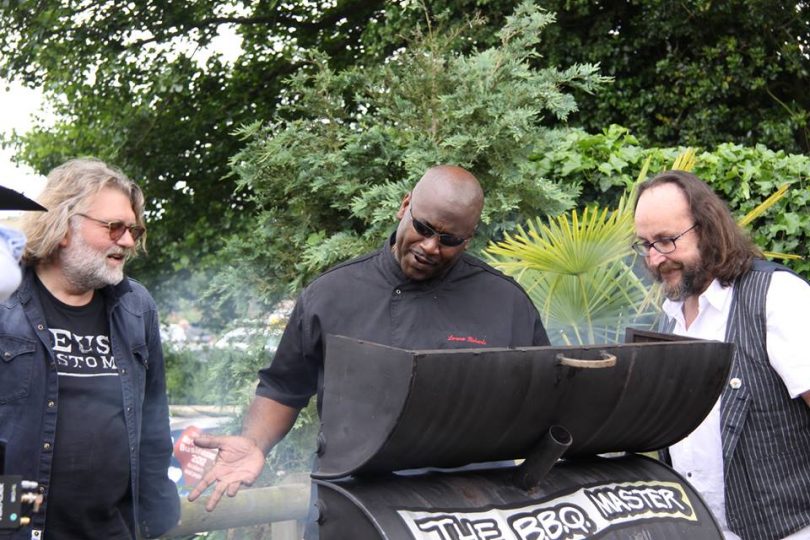 Dave Myers and Simon “Si” King, the bike-riding duo of the United Kingdom’s BBC series “Hairy Bikers,” visited British-Jamaican chef Lorenzo Richards at his Wildmoor Oak pub in Catshill on September 6, 2016. The show, which will be shown on October 11, 2016, features the pub in an episode of their “Chicken and Egg” series, in which the duo travels across the Middle East and America before coming back to the UK where Lorenzo teaches them how to make Caribbean Chicken.

The episode opens with the pair entering what appears to be a traditional British pub and then discover a Caribbean party going on in the back, with Lorenzo cooking West Indian jerk chicken on a barbecue. While cooking, Lorenzo tells them about his heritage and experiences growing up in Birmingham with his Jamaican parents. They also discuss how popular Caribbean food has become in the UK, due in part to events like the yearly Birmingham Caribbean Festival. While visiting Wildmoor Oak, Si King played steel drums with Pan Maestro, while Dave Myers tried to dance the limbo. Afterwards, Dave regretted not living closer to the pub because it would become his favorite “local.” “Lorenzo is a wonderful chef, a jerk master,”” he said.