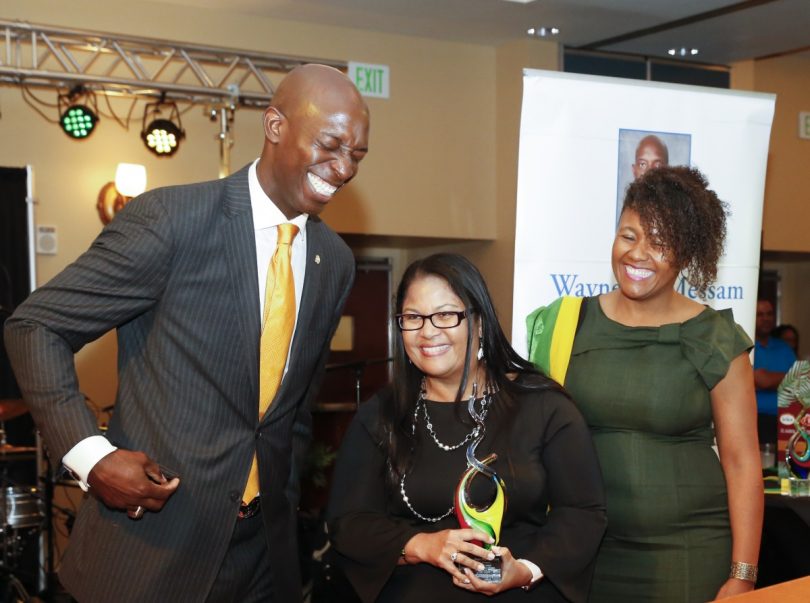 Jamaican American Karen Lee Murphy, Associate Vice President for Academic Affairs and College Registrar at Broward College. was among four Jamaicans honored as recipients of the City of Miramar Planning Committee in recognition of their exemplary community work. Murphy received the Education Award for her continuing efforts to promote, encourage, and support students, educators, and administrators.

The award was presented at the Jamaican Emancipendence event hosted by the Mayor and the City of Miramar on August 6, 2018. The event was entitled “Come and Experience A Little Bit O’ Jamaica” and featured a concert by Willie Stewart and Friends. Officiating at the event was the Honorable Cecile Christie, the Deputy Jamaican Consul to Miami. The event, which was open and free to the community, included cultural and musical presentations, a reception, audience participation, and prizes, as well as the community awards. Karen Lee Murphy is a graduate of Broward College and now serves as the institution’s first Jamaican Associate Vice President for Academic Affairs and College Registrar. She graduated from St. Hugh’s High School in Kingston, Jamaica, before leaving to pursue an Associate of Arts degree at Broward Community College. She went on to attain a Bachelor’s degree in Business from Florida International University and a Master’s degree in Public Administration from Florida Atlantic University.

Karen has dedicated 24 years to the higher education profession where she served in multiple positions, including  Admissions, Registration and Testing Coordinator, Assistant Registrar, Associate Registrar and now as Associate Vice President. She has served on state committees, chairing for the Florida College Registrar’s and Admissions Officers (FCRAO) group, and served two terms on the Florida Residency Committee. She is a graduate of The Chair Leadership Academy and is currently participating in Broward College President’s Leadership Academy.

Karen is a devoted wife and mother to three daughters. With her husband, she leads the couple’s ministry at their church and is a leader in the Women’s Ministry. She is the immediate past president of the St. Hugh’s Alumnae Association of South Florida where she led the organization for several years in raising funds to support education for underprivileged students locally and in Jamaica. She believes in stewardship and remains engaged in initiatives for the betterment of the Jamaican community in South Florida.

Other awards presented at the event and their honorees included: