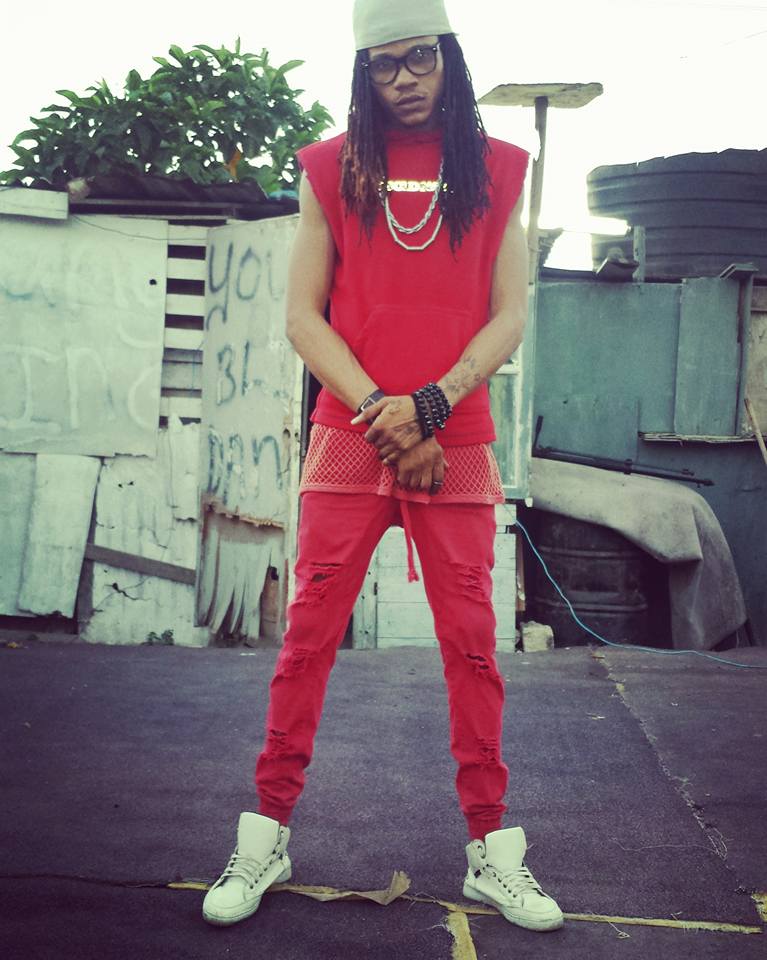 In this installment of Our Stories, Bukam Bling shares how he dances with his departed father everyday….For many people, Jamaica is pictured as an island paradise – white sandy beaches, a beautiful and vivacious culture, rich and wholesome food, and attractive people. And while that image is not far from the truth, if the lens is focused on the inspirational stories of ordinary Jamaicans, you’d find a sharper, richer and truer image of the Jamaican experience…this is Our Stories! He had just started third form at Penwood high school in Kingston when he learnt that gangstas killed his father. Conroy said an unexplainable rage was his reaction to the death of one of his favourite persons in the world.  The established dancer and leader of Team Lifeline dance crew said while death is a heavy reality to accept, his heart is cushioned by the good memories he shared with his father who also enjoyed dancing.

During a brief interview with Bukam Bling, he told me that he became a professional dancer after realising that the art form allows him to communicate with his departed father.

1. What led to your father’s execution by gangstas?
Yea, over some dispute. Yuh know seh inna di ghetto, yuh know it run – negativity, positivity, and him choose di negative side. Mi father was one a dem gangstas weh jus’ inna di ting like have guns and dem ting deh. Ano really like mi a inform pan him still but mi a talk di story. Him just caught up inna di wrong crowd, di wrong friends and dem end up fi tek him life.

2. What was your initial reaction to his death?
(Chuckles) right now it great to laugh because yuh been through it. When mi hear seh dem kill mi father is like yuh get angry, yuh feel revenge. But mi have a strong mother and shi talk to mi and shi show mi levels like mi not to follow people and wa people say. God will tek it inna him hands and do wa him affi do.

3. Why were you so angry?
Yea man because mi father is a man weh him all out fi mi. Memba pan mi road, mi a di youngest yout’ have roun’ 20 bicycles.  Mi father is a man weh use to go race horse track and win money, and him just invest him money inna mi life. Him mek mi life happy. Sometimes mi deh a school and him just show up with all a box food, and ask if mi alright. Mi nuh really see nuh other parents a show up and my father deh a mi class window, have a box food a wait pan mi. As a youngsta yuh just happy fi see dem tings. 5. How do you talk to your father through dancing?
(When he was alive) it use to challenging to talk to mi father and fun. How mi mean now, yuh will ask him a question, and him try fi work yuh mind to a way like him wa yuh fi explain or ask the question in the best way you can.
Same wid mi dancing, mi find a move for that spot, dat perfect move.

6. Was your father a professional dancer?
No. Him just will tek up him radio and dance. (Sings) ‘dem a loot, dem a shoot dung a shanty town’. Yea dem song deh (smiles).

7. Now, let’s talk a little bit about you. What do you love about dancing?
It push mi to boundaries weh yuh nuh expec’ yuh can reach. It bring u to the front of the world to like entertain people and be joyful ‘bout yuhself. It bring mi to like places weh mi neva expec’ mi would see inna mi lifetime like hotels – Beaches, RIU, Holiday-Inn… mek mi meet tourists.

9. What’s the next level for your dancing career?
Do some shows, do some workshops overseas. Touring and teaching people the Dancehall culture, and breakdancing because I also do breakdancing, just teaching and earning a living from it.

10, What is your message to other Jamaicans who have lost their parents? Nuh bodda true yuh lose your parents, yuh a pree fi tek up badniss. You a pree fi lose yourself like lose your mind and do tings weh yuh a regret. Pree fi di future and just lift up yuh head. Excel fi weh yuh want to mek you happy and yuh family happy.

Great advice Bukam! Thanks for sharing your story.