Caged: The misrepresentation of Jamaican culture and dialect in American media - Jamaicans.com 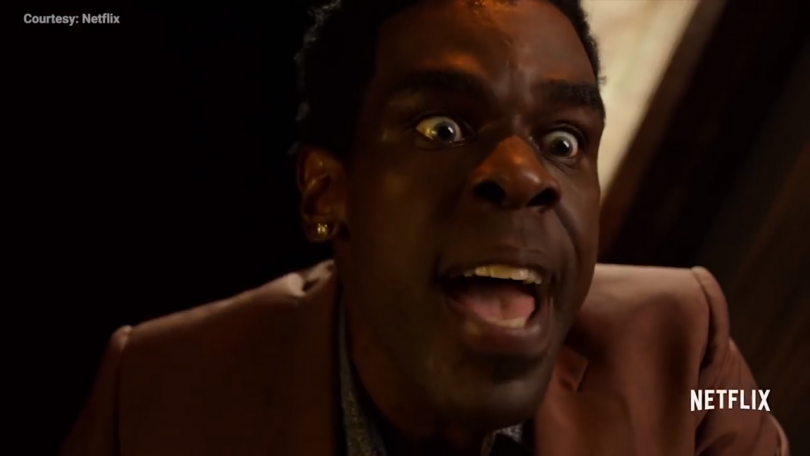 Can someone tell me what a banana boat is? As someone of Jamaican Heritage who grew up in South Florida, the place in which I’ve resided since the mid 80’s, I can recall the term banana boat being used by African Americans as a way to marginalize brothers and sisters of Caribbean descent, Jamaicans in particular. Though Jamaicans through the close connection between Hip-Hop and Reggae music were among the 1st Caribbean nationalities to gain acceptance and positive recognition within the Afro-American community, this term still comes to mind when I hear the accent mocked or corny one-liners like “Jamaica me crazy” used in 2018. It seems that even today in popular media careless casting, half-a**ed research, lazily written dialog and the obligatory Marley appearance is all the consideration given when adding a Jamaican arch to any story. This brings us to the latest property guilty of the ongoing massacre of Jamaican imagery, Luke Cage.

When a program as well-liked and as Black as Luke Cage misses the mark by such a wide gap, it’s discouraging.

This is only the second season of the popular Netflix series based on iconic Marvel comics character Power Man(after whom a well known Dancehall artist is named Ironically). This time around he bulletproof defender of Harlem whose story is often used as a sounding board for issues effecting today’s Black community finds himself facing off against the villain Bushmaster. In the comics, Bushmaster’s origins are an undisclosed small Carribean island but the creators of the show decided to make him Jamaican. If that weren’t enough, they decided to thicken the backstory by constructing an entire Jamaican community portrayed with terrible thick accents and awful dialog that has to be heard to be believed. The offensiveness of this is only compounded by references like “You know them Jamaican n__gas, you can’t tell if they’re singing or talking” pushing to further justify the use of the lackadaisical re-creation of Jamaican vernacular used throughout the season.

It’s disappointing to see that we aren’t further along than what would seem to be a form of black-on-blackface when it comes to representing black diversity on screen. After the world embraced the fictional Wakanda portrayed in Black Panther as if it were a real place and people, how is it that real people are still portrayed falsely and with such broad strokes? If you haven’t seen the show, imagine Dave Chappelle’s Mr. Nice Guy from the Movie Half-Baked mixed with Marlon Wayans’ impression of Shabba on In Living Color. Now, imagine that they weren’t joking and did it for an entire season of a show. Even Brad Pitt rolled out a better Jamaican accent in Meet Joe Black during the hospital scene. This is down right embarrassing. Doesn’t Disney own Marvel? You mean they couldn’t find one member of the cast of Cool Runnings to help them? Yes, it’s THAT BAD!

While this certainly isn’t the 1st time we’ve been misrepresented(you know, like that time all those Rasta’s got their arms and necks broken by Stephen Seagal for trying to work voodoo on his boo or that crab kept trying to get the prince to kiss that half-fish lady by singing calypso), this seems more egregious because it’s coming from a property that we embraced. I was a fan of the Luke Cage series both as someone who grew up with the comics and as a connoisseur of black media with a positive representation of us as people.

To the writers and directors out there, I’d just like to say consult us first before throwing us into the mix. There are countless Jamaican actors and actresses who would love these roles and would bring the authenticity that you desire to your projects. Next time challenge yourselves to do better rather than channeling your inner Miss Cleo.