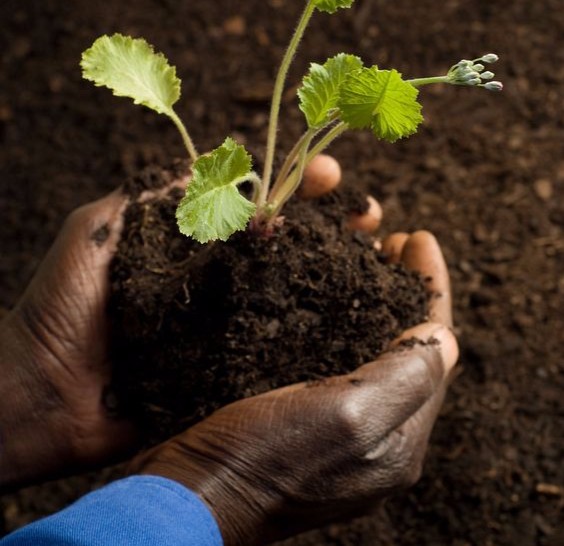 Just a few months ago, Keating, who is 50 years old and works as a product handler for a vehicle components distribution center, introduced himself to Gary Derousie, his electrician neighbor, and proposed that an empty lot owned by Derousie between their two houses be turned into a garden. With his neighbor’s approval and help with tilling, Keating began to farm the 100 x 40 foot lot, which now feeds both men’s families and friends.

Derousie describes the garden as a “combination of dirt and water and knowledge.” Derousie, who grew up on a nearby street, owns the dirt, while Keating, who came to Canada 18 years ago to work on a farm, provides the required expertise and skills. Keating learned about farming during his youth in Jamaica where he harvested coconuts, pears, oranges, watermelon, corn and the spinach-like callaloo he has included in his Canadian garden.

The neighborhood garden enjoys the participation of the families’ children who come to water the plants, as well as praise and interest from passers-by and drivers of cars who, when stopping for the red light at the nearby intersection, are amazed at the many different shades of green on display at the curb next to them.

Keating, who is now a Canadian citizen, says the garden “is all one package” that comprises its look, smells, and anticipated tastes. “I cook them all together,” Keating said. “It’s all yummy.”
The long-term future of the garden is uncertain, however, as Derousie is selling the house next to it. He does have a city severance for the land on which the garden is growing, and he will continue to own it even if the house sells. This means that Keating can keep his garden until someone decides to build on the property.

Until that day, Keating says his biggest problem involves the birds and squirrels who steal the strawberries.