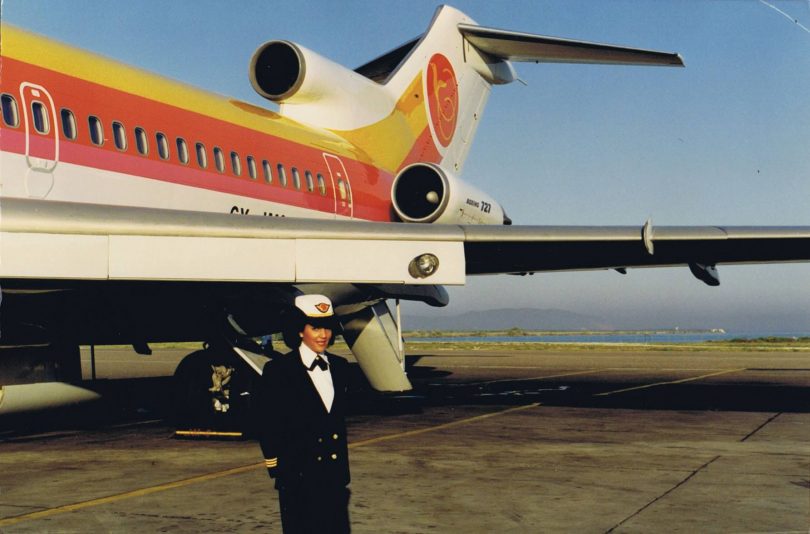 Born in Montego Bay, Jamaica, she’s the eldest of four children. She became interested in flight at the age of five after her mother took her and her younger sister, Paula, on a local flight with Ken Rutter from the Montego Bay Airport. As an adult, she was the first and only person in her family to take up flying and pursue an aviation career.

“Growing up, I thought I would go into medicine, but changed to Social Studies and Psychology when I began college in Canada,” said Ziadie-Haddad. “After a year though, I decided to take some time off and I joined Air Jamaica as a flight attendant in 1974. By then, airlines worldwide were hiring women airline pilots.”

While employed with Air Jamaica as a flight attendant, Ziadie-Haddad had first-hand experience with airline operations and opportunities to view the flight deck of the DC-9s, DC-8s and B727s while serving passengers.

“Joining Air Jamaica as a pilot, I was very proud to join the cadre of Air Jamaica pilots in 1979. Breaking that “ glass ceiling” in a male-dominated career is an achievement all of its own. Then, Jamaica was like the 12th country to hire a female pilot. Today the percentage of women airline pilots is roughly 5% worldwide, India topping that at over 12%”, said Ziadie-Haddad’s response when we asked her what was the proudest moment in her career. 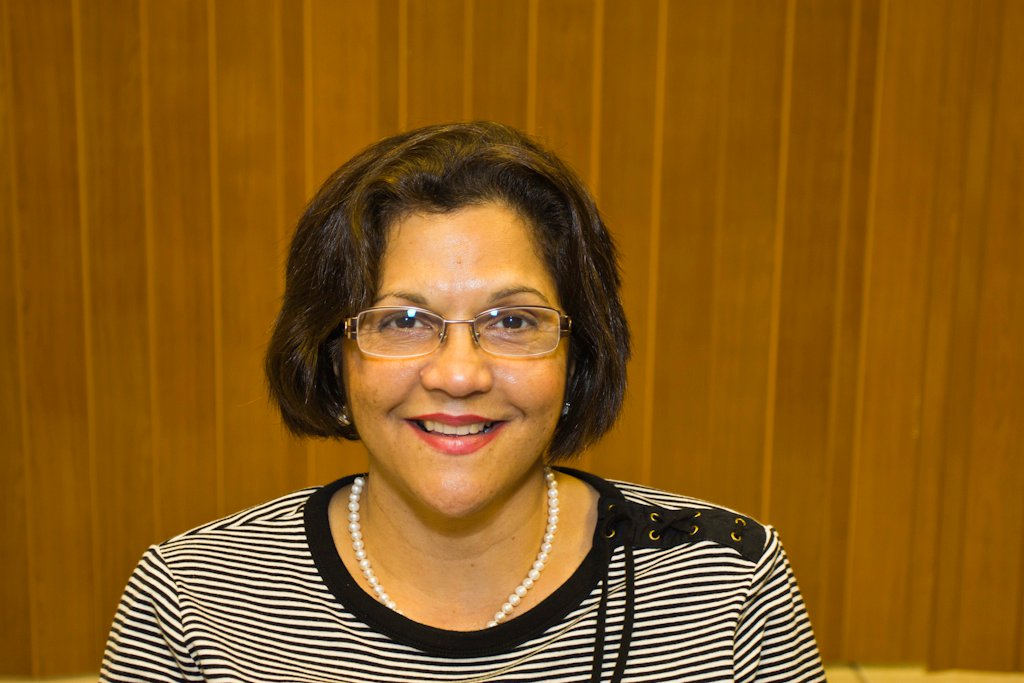 She obtained her Private Pilot Certificate in 1975 at Wings Jamaica, Ltd. The late Fredrick Carl Barnett was her Chief Flight Instructor. His wife, Earsley Barnett, co-founder of Wings, held the first pilot license in Jamaica.

“Mr. B” and her Air Jamaica colleagues encouraged her to continue her flight training, with the goal of instructing like “Mrs. B.” At that time, there were no women pilots in the military, the domestic airline Trans Jamaica, or the national carrier Air Jamaica.

In 1976, she obtained her FAA Commercial Certificate with Multi-Engine and Instrument Ratings while enrolled in a Part 141 School in Opa-Locka, FL. She resigned as a flight attendant in January 1978 to work as an Assistant Flight Instructor at Wings and Rutair at Tinson Pen Aerodrome.

Ziadie-Haddad was the third woman in Jamaica to earn a Jamaican Commercial License and the first woman commercial pilot hired by Air Jamaica, Ltd. (1968). She began her pilot training on March 5, 1979 as a B727 Second Officer with eight other new hire Jamaican pilots. She transferred to the A300 aircraft in 1981 and upgraded to First Officer in 1986.

In December 1995, she upgraded to the B727, with the new Air Jamaica Holdings, and checked out as Captain on July 2, 1996 becoming Air Jamaica’s first female captain. She commanded the first all-female flight on Dec. 19, 1997 with FO Debbie McMaster, Purser Nadene Alexander, and FAs Lisbeth Allen, Keisha Grant, and Judith Pryce.

After Air Jamaica Holdings closed, Ziadie-Haddad joined Atlas Air Worldwide Holdings as a B747-400 First Officer on Aug. 9, 2010, initially based in Huntsville, AL. During her 10 years with Atlas, she transferred to bases in Cincinnati, OH, New York, NY, Chicago, IL, and Miami, FL. She’s flown extensively on the B747-400, B747-8, and the Dreamlifter large cargo freighter. She upgraded to Captain on the 747 in Dec. 2015.

Her advice to girls and young women who would like to work in aviation was “Follow your dreams! Whatever you are passionate about and love, will do well for you as long as you have the ability and it’s meant to be, whether pilot, flight attendant, air traffic controller, maintenance engineer, dispatcher – whatever. Continue to learn and be involved in aviation groups/ associations/ clubs for networking, comradeship, and connections. Stay focused, disciplined, motivated, and positive with your goals in mind. Investigate scholarship options. For aspiring pilots, I recommend doing a Medical with an Aviation Medical Examiner first before commencing flight lessons unless you plan to take flying as a private hobby.”

The Government of Jamaica, Jamaica Civil Aviation Authority (2011), Jamaican Cultural Alliance (2008), and Jamaican Women of Florida (2017) have honored the pilot as a trailblazer and pioneer in commercial aviation in Jamaica. The Florida Gold Coast Chapter of the Ninety-Nines recognized her as a trailblazer in Dec. 2016 and Operation SAFEE Flight, Showcasing Aviation for Empowering Education, named her a South Florida Pioneering Women Aviator in April 2019. 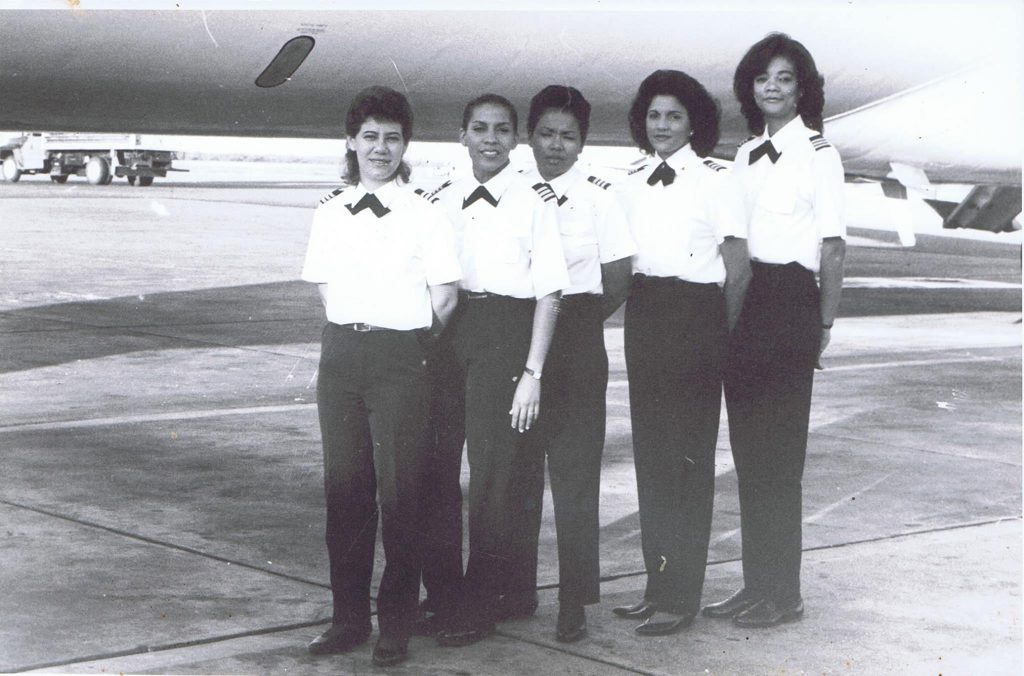 The pioneering pilot is grateful for her years of flying with Air Jamaica, Atlas Air Worldwide, and the opportunities those flying jobs provided. She’s thankful for all the support and help received during her early flight training years and throughout her career from her husband, her family, friends and colleagues. Ziadie-Haddad is married to husband, Brian Haddad, who is an A320 Captain with JetBlue Airways. They have two sons.

Discussing the obstacles and challenges she faced in her career, Ziadie-Haddad said, “Being accepted as a woman pilot and constantly proving to some that I could do it. Secondly, raising my children with my husband, Brian, who was also an Air Jamaica pilot. Another challenge was starting over when I joined Atlas Air as a New Hire pilot in 2010 after 31 years with Air Jamaica.