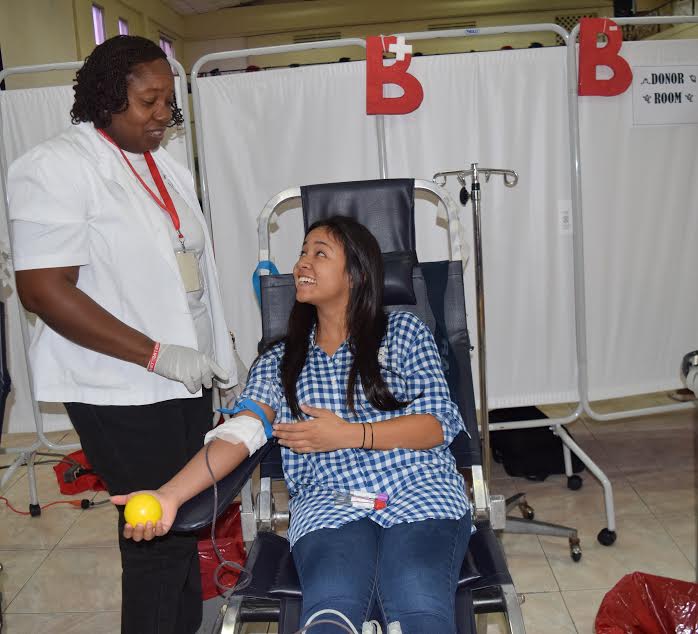 Manchester was selected to host the 2017 commemoration of World Blood Donor Day on Wednesday, June 14 at the Golf View Hotel, as a result of the tremendous work by the public health facilities in the southern region, particularly Manchester, to improve blood collection.

According to the Blood Donor Organiser of the National Blood Transfusion Service (NBTS), Mr. Igol Allen, the parish of Manchester was selected based on the efforts of facilities including the Mandeville Regional and Percy Junor Hospitals to increase its blood collection in addition to other initiatives such as the extension of opening hours at the Mandeville Regional Hospital (MRH) Blood Collection Centre.

“The hospital examined the extension of opening hours for the public to improve the convenience to persons donating after normal work hours. This has proven to be a success and has since resulted in less delays and postponement of surgeries” Mr. Miller added.

Mr. Miller explained that the successful Blood Drive that the MRH hosted in May 2016, which resulted in the collection of 150 units of blood, was part of the hospital’s process in changing the present culture of blood donation in the parish and by extension Jamaica, with the aim of persons becoming voluntary and regular donors.

The Percy Junor Hospital also staged a Blood Drive in April 2017, which resulted in the collection of 52 units of blood. Through charity support and that from the Southern Regional Health Authority, the hospital received a Compact Blood Bank Refrigerator, which allows the hospital to store upwards of 60 units of blood, as opposed to 15 previously.

World Blood Donor Day focused on blood donation in crisis or emergency situations under the slogan ‘What can you do? Give blood. Give now. Give Often’. The 2017 campaign underlines the role every person can play in helping others in emergency situations, by giving blood.

The NBTS is responsible for the collection, testing and distribution of all blood and its by-products across Jamaica.