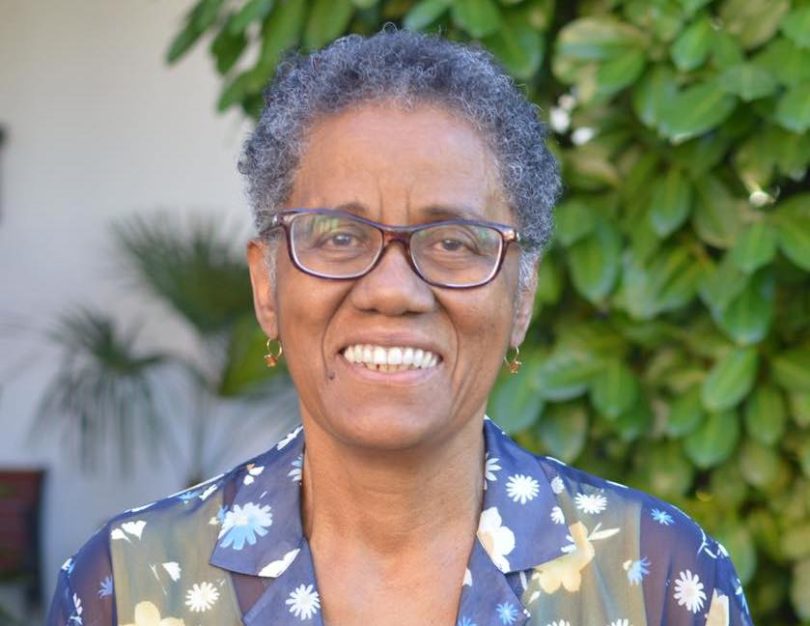 Claudette Werleigh, the first female Prime Minister of Haiti, was born in Cap-Haitien in 1946 to a wealthy family involved in coffee exports. Her father had been a member of Parliament. She attended primary and secondary schools operated by Catholic nuns, then attended schools in the United States, Spain, and Mexico before obtaining a license in law and economics from the university in Port-au-Prince. She was employed as a medical technician and chemist in the United States from 1968 to 1970, the as a physiologist in Switzerland from 1971 to 1973. In 1973 and 1974, she was an adult educator in Haiti. She married George Werleigh, an economics professor and leader in the National Progressive Reolutional Haitian Party (PANPRA), in 1970. In 1978, she registered as a lawyer. In spite of her wealthy upbringing, she sympathized with the problems of the Haitian people and worked with several nongovernmental organizations to provide humanitarian relief and education to Haiti’s population. She served as secretary-general of Caritas Haiti, a group of charity and developmental organizations in the Catholic Church from 1976 and 1989. In 1979, Werleigh founded the Institute of Technology and Animation, one of the nation’s most important educational organizations. She began her engagement with politics in 1990, serving for a brief time as Minister of Social Affairs. After a military coup in Haiti, she went into exile, returning in 1994 to work as Minister of Foreign Affairs and then as the nation’s Prime Minister. Werleigh was director of conflict transformation programs at the Uppsala, Sweden Life and Peace Institute from 1999 to 2006, and secretary-general of Pax Christi International, a Catholic peace group in Belgium, from 2007. In 2011, she was named a Woman Peace Maker. She was a co-founder of the League for Women’s Empowerment, a group of women looking to institute political and economic equality for women in Haiti and promote the participation of women in politics. She was executive director of the Washington Office on Haiti in 1992 and 1993 and Minister of Foreign Affairs and Religions in the governments of Malval and Michel. She was Prime minister for 100 days from 1995-to 1996, tasked with strengthening the country’s leadership and organizing democratic presidential elections. During her term as Prime Minister, she appointed 17 cabinet ministers, including four women. She obtained funding for energy, agriculture, and road construction projects, and improved Haiti’s relationships with Cuba and Taiwan. When Rene Preval was elected president, he wanted Werleigh to retain her position as Prime Minister, but changes in Parliament precluded this, and Werleigh left the country.