The 7 Best Things to See and Do in Haiti - Jamaicans.com 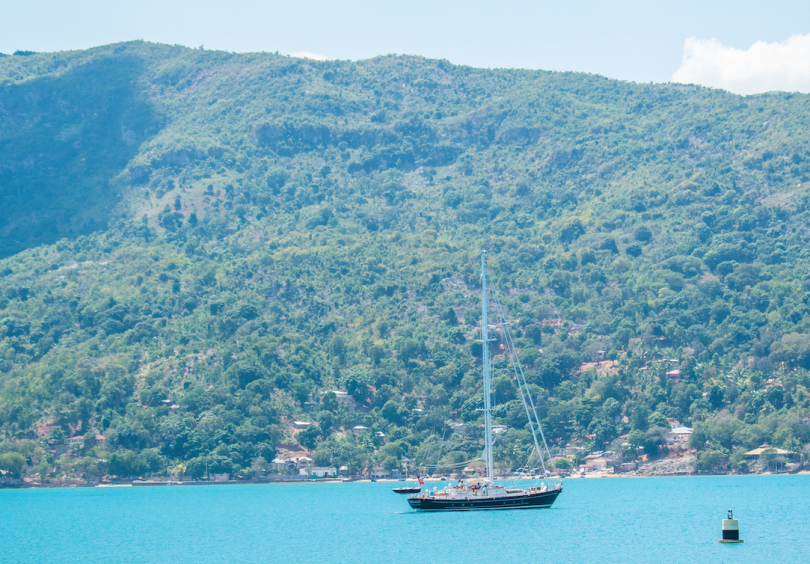 Haiti offers a combination of history, culture, and adventure to travelers. Its name derives from the Taino word “ayiti,” which means “mountainous land.” The Taino people were living on the island some 700 years before Columbus arrived on its shores in 1492. Haiti’s landscape is still its greatest asset and encompasses lush greenery and mountains that rise to a height of over 2,700 meters. It is home to a large number of unique plants and animals, include 26 indigenous bird species. Haiti has survived both political turmoil and devastation from hurricanes to remain a fascinating destination for travelers. Some of the best things to do and see in Haiti are listed below.

1. The Saut-d’Eau Waterfalls
The Saut-d’Eau Waterfalls are a favorite destination for locals who make a yearly pilgrimage there to pray to the Virgin Mary of Mount Carmel and the voodoo entity Erzulie for healing. The falls are located near Mirebalais, about an hour north of the capital city of Port-au-Prince. It is considered a holy place by some as it is believed the Virgin Mary appeared on a palm tree nearby. Although the tree was cut down by a French priest concerned about promoting superstition, his action had the opposite effect, and the place became even more sacred to believers. Local people have traveled to the site for over 100 years to pray for healing, and the waters of the falls remain the site of both Catholic and voodoo rituals during a three-day festival held in July.

2. The Sans Souci Palace
The Sans Souci Palace was the royal home of King Henri Christophe I, a self-proclaimed ruler of Haiti. A former slave who fought in the American Revolution with George Washington, he then became a leader of the Haitian Revolution in 1804 when the island people gained their independence from France. After assassinating his rival, and finding traditional titles too wordy, he proclaimed himself to be Henry I, King of Haiti and named his son Jacques-Vito his prince and heir. Construction on the palace began in 1810 and was finished in 1913. It is located in Milot, which had previously been a French plantation where Christophe had been in charge during the Revolution. The palace is now a ruin but was once the site of considerable activity and numerous artificial springs and other waterworks enjoyed by guests from overseas.

3. The Jubilee Voodoo Monument
The Jubilee Voodoo Monument is the focus of many stories, but most believe it was built some two centuries ago by the Catholic Church, which considered it a way to claim the hill for God. After about 100 years, lightning struck the cross and a portion of it fell over the cliff. This caused some to believe that the “old gods” were reclaiming the hill from the Catholics and this has been its reputation since then. Pilgrimages are made to the top of the hill to worship and perform sacrifices. Visitors are advised to be respectful of the area as a place of worship The climb to the top of the hill also presents challenges, so appropriate shoes and clothing are also recommended.

4. Jacmel
Jacmel was founded in 1698, and the southern portion of the city is like a time capsule that in which the town had appeared in the early part of the 20th century. The town comprises large mansions and other architectural features that have changed little since then. Many buildings now house galleries and artist workshops. The Hotel Florida is essentially the same as it was when it was built in 1888; it is the top-rated hotel in Haiti now. The city’s yearly Carnival and film festival draw visitors from around the world. The city is also one of the safest in the country. The nearby Bassin Bleu waterfall is popular for day trips.

5. Macaya National Park
Macaya National Park was named after the second-highest mountain in Haiti and is located in the Massif de la Hotte mountain range. As Haiti has been largely deforested in the past 100 years, this area in the southwestern part of the country represents one of its few remaining cloud forests. As such, it acts as a sanctuary for many flowering tropical plants as well as the world’s largest population of endangered birds and amphibians.

6. Port-au-Prince
Port-au-Prince is the capital city of Haiti and is a top destination for tourists. In 2010 there was a massive earthquake and rebuilding has not been completed yet, but the city still offers numerous charms, including the National Museum of Haiti, the Musée du Panthéon National Haitien, which pays homage to the country’s national heroes, and the National Museum of Art. Its upscale Petionville neighborhood is home to many excellent hotels and restaurants. The city’s historic Iron Market has been rebuilt and is a bustling center of commerce in Port-au-Prince.

7. Labadee
Labadee is the location in Haiti most visited by international travelers. This is due to the fact that a private resort was established here by Royal Caribbean Cruise Lines in 1986. Passengers on the cruise ships arrive at a huge concrete pier and have the opportunity to relax and lounge on a beach, enjoy waterslides or do some snorkeling. The other activities offered at this location include zip lining and shopping.