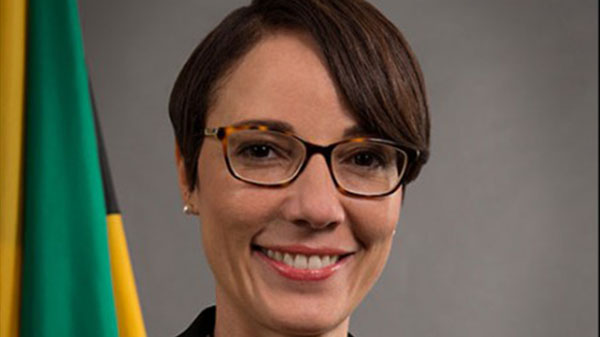 The promotion of peace has long been a fundamental principle of the Commonwealth of Nations. In fact, the Commonwealth Charter asserts that “international peace and security, sustainable economic growth and development and the rule of law are essential to the progress and prosperity of all.” It is fitting therefore that this year, Commonwealth Day is being celebrated under the theme “A peace-building Commonwealth”.

As part of its peace-building activities, the Organisation has committed itself to promoting democracy among its member nations by monitoring infringements in democratic rule andby assistingstate institutions in remaining accountable and transparent. The Commonwealth has also supported member Governments’ efforts to enhance the promotion and protection of the rights and freedoms of their citizens, with a view to allowing each citizen to fulfil his or her potential in a just and fair environment.

Additionally, the Commonwealth has supported Member States in holding credible and transparent elections. Throughout the Caribbean, Pacific region, Africa and Asia in particular, the Commonwealth Secretariat has helped to train election officials and has coordinatedthe provision of independent observers to ensure that citizens are able to choose their representatives freely and without fear.
These three areas of the Commonwealth’s work have served as an indispensable element in promoting peace among Commonwealth nations. Jamaica has benefited tremendously from the Commonwealth’s peace-building initiatives, through, inter alia, the training of election officials, legislative drafting as well as technical assistance in the proposed establishment of a national human rights institution. At the same time, Jamaica has not only been on the receiving end of Commonwealth assistance. We are proud that we continue to play an important role in the Commonwealth, in promoting peace and democracy, participating as observers in elections held in various Commonwealth territories and serving on the Commonwealth Ministerial Action Group which is mandated to assess breaches of the political fundamental values of the Commonwealth.

In like manner, all Jamaicans also have a part to play in promoting peace locally. We can do so by making a positive contribution to the safety of families and communities by participating in neighbourhood watch groups, by looking out for the safety of our children using 1888 PROTECT to report abuse, and by supporting the police in their efforts by reporting crimes using 119, Crime Stop or the Stay Alert app. We can achieve a peaceful society if we all do our part and work together towards this end, in our communities, our churches, schools and our homes.

Commonwealth Day 2017 therefore represents a call to each of us to recognise the role we have to play in building a just, stable and peaceful society, for it is only through sustainable peace that we can fully realise the economic and social development of our people.