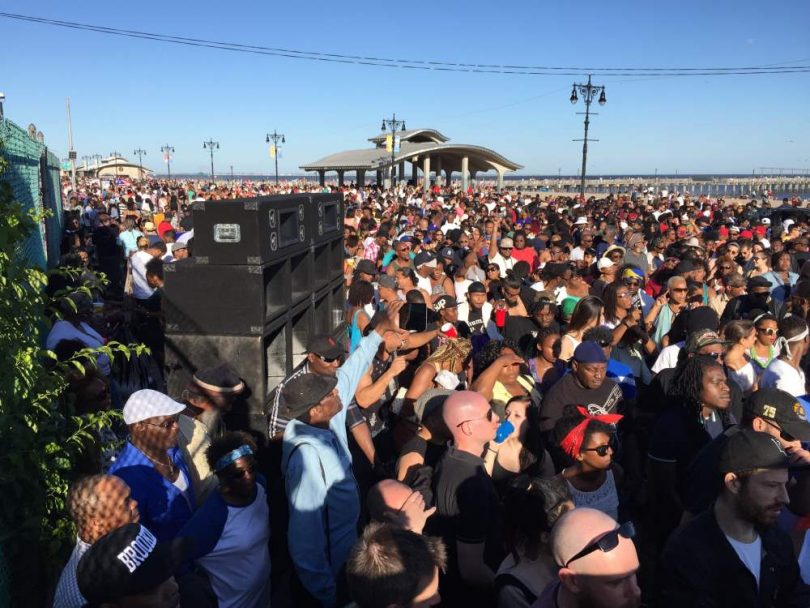 The first edition of Coney Island Reggae On The Boardwalk for 2016, presented by disc jockey and known reggae scholar Carter Van Pelt, saw estimated crowd of well over 1,000 individuals on June 12.

The free outdoor event, held four times per summer near West 20th Street on the iconic wooden boardwalk at Coney Island, Brooklyn, New York, has grown from its humble beginnings in 2010 to an event with an international reputation for celebrating traditional reggae, vinyl records, and sound-system culture. The event is sponsored by the Brooklyn Arts Council, VP Records, and individuals through Indiegogo.com.

Hosted by Van Pelt, who curates the event with a line-up of primarily New York area vinyl deejays, the first 2016 event saw a diverse crowd of Jamaicans, West Indians, and reggae lovers from all cultures and ages. “This event brings Brooklyn together like nothing else, all under the banner of traditional reggae in a family-friendly outdoor setting,” says Van Pelt. “There are no dancehall bashment vibes whatsoever at this event. It’s Dennis Brown, Alton Ellis, Burning Spear, Freddie McGregor, Culture, Garnett Silk – that’s the flavour, more like a peaceful daytime version of Rae Town. You want to hear Kartel? There are other events for that.”

The massive sound-system is provided by Chanter International, a Brooklyn-based sound originally from the Clifton area of Hanover, Jamaica.

Three more events are scheduled for 2016, including July 10, August 14, and September 4, the day before Labor Day in the US.