A Police Officer Could Be the Next Miss Jamaica World 2017 - Jamaicans.com 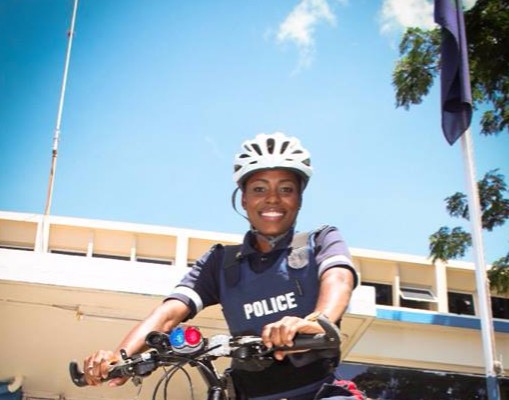 Sasha Henry, 25, is a member of the Jamaican Constabulary Force (JCF), and she could be the next Miss Jamaica World. Henry’s historic entry into the finals of the Miss Jamaica World pageant for 2017 represents the first time that a member of the island’s 150-year-old law enforcement organization has participated in a beauty competition. She will appear before the pageant judges on September 23, 2017, and if she wins, she will represent Jamaica at the finals of the Miss World competition in Sanya, China, in November.

Henry, who is five feet-eight inches tall, was born in Linstead, St. Catherine, and dreamed of entering beauty pageants from childhood, but doubted she would receive approval from JCF authorities to enter the Jamaican Miss World competition. Nevertheless, she decided to try and requested prior approval, which she received from George Quallo, the current Jamaica Police Commissioner. She joined the force in May of 2014, prompted to enter a public service law enforcement career by her mother, a 23-year veteran of the Jamaica Defense Force (JDF). She believes her decision to enter the JCF was one of the best of her life.

Henry graduated from St. Jago High School and the convent of Mercy Academy. She is in her final year of a BSC degree in public policy and management at the University of the West Indies.
To Henry, her participation in the beauty pageant represents more than looking for a personal achievement: she wants to use the fact of being a finalist to raise the image of the JCF in an attempt to remove the aura of distrust she says is linked to the organization. If she wins the title of Miss Jamaica World 2017, it would allow her to communicate through participation in charitable events and programs that could encourage a direct kind of community-based policing. Henry says she would also use the opportunity to empower younger women and show them that the JCF is a prestigious organization in which they may achieve considerable career goals.

“If successful, I would be a living testimony of what the JCF stands for – positivity and transparency. As I would be away from my normal duties for a year, it would allow me to enter into communities, and in so doing, stimulate charitable events and programs that would spur a direct form of community-based policing that would aid the country, all while enhancing the image of the police force,” Henry said.