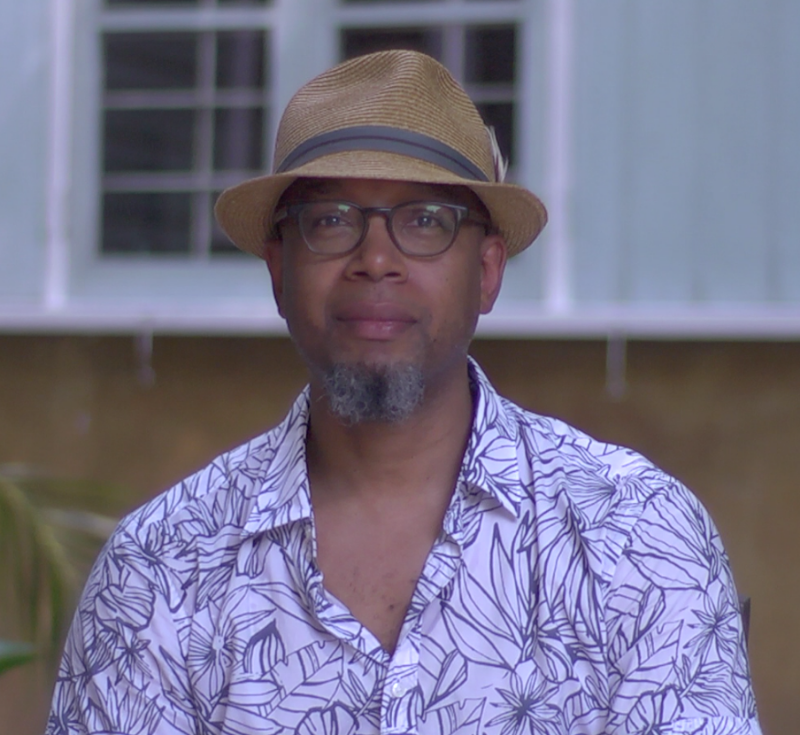 Courtney Coke is a founding member of the Wattle and Red Earth (WARE) Collective, which co-produced his first film Rockstone and Fire. His treasured Jamaican memories include his formative years spent climbing orange trees on his family’s citrus and cane farm in Clarendon, Jamaica.  This rural backdrop planted a lifelong appreciation for his grandparents’ stories and the soil’s bounty.
The 20-minute film chronicles similar stories of perseverance embedded in century-old stone and mortar structures that dot southern St. Elizabeth’s countryside. Courtney finds inspiration from our Jamaican fore-parents who, despite the harshness of post-slavery, repurposed the dirt they walked on, to put food on their tables, provide shelter and shape communities built on integrity and joy.
What do you want audiences to say after leaving Rockstone and Fire?
I want people to say they feel a personal connection and a sense of nostalgia. And it would also be great if they said, “I would love to stay in a Jamaican stone and mortar structure through Airbnb!!”
What is your next project?
My next project isn’t another film project but is an extension of Rockstone and Fire.
What type of project is it?
I’m working with the Wattle and Red Earth (WARE) Collective to create a Living Museum of Built Heritage in southern St. Elizabeth.  This open-air living museum goes to the heart of community tourism and development. The Museum will create for its visitors, fascinating experiences built around the reconstructed Spanish Wall buildings featured in the film; be a place for community members to tell their stories, work and farm the land; artists and artisans can create indigenous crafts and benefit from artist residencies; generate research and educate on Jamaica’s built heritage; school children will be able to participate in art classes and camps all at a dynamically unique venue that honors Jamaica’s rural legacy.
Thanks for your time.
Learn more about at “The Ware Collection“