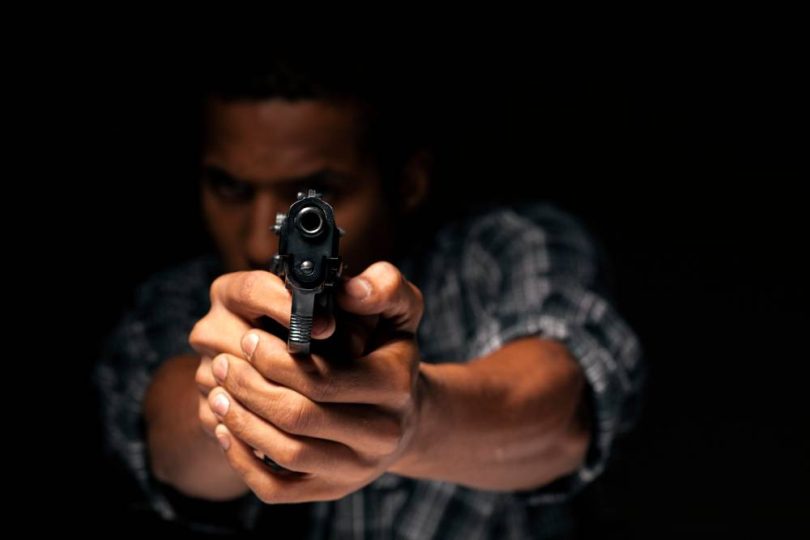 I have spent more than 30 years in Diaspora engagement, learning, collaborating, starting, and leading several for-profit businesses and non-profit organizations. The one thing that is a common thread among everyone who moves from Jamaica to the Diaspora is the high cognizance of high crime in their home country. It is no wonder the US government recently issued a travel advisory cautioning its citizens against traveling to Jamaica. Of the hundreds of seminars, conferences, or events I have attended, whenever there is an opportunity for a Diasporan to ask questions, the most common, confrontational, high-intensity, answerless questions have been centered around crime in Jamaica. It makes you wonder if the crime situation will ever improve in the place we call home.

It took me many years of interactions, but I could never understand concepts and terminologies and effective ways of determining how to help my country directly on the crime front. Therefore, I decided to pursue studies in criminal justice (MSc) and criminology (Ph.D.) to be a part of the discussion, exploring and understanding how I can be of more service to my country.

With this article, I’ve had a chance to delve into areas I would not have understood four years ago. So I felt pretty at home researching data to put this article together.

Jamaicans at home and in the Diaspora understand that crime is a big white elephant on the island of Jamaica. Every industry suffers, directly and indirectly, due to the scourge of criminality. The government seems to be at a loss in how to curb crime. The unimaginable crime rate in Jamaica has left the Diaspora in shock and fear. Most wonder what will be done to recover from this monster. Strategies to fight crime are unclear, and criminals are recruited as fast as the world sees our little island-producing sprinters. Throughout this article, it is essential to keep the mission of the Jamaica Constabulary Force (JCF) in mind. The mission of the JCF is the following:

The Statista Research Department recorded that in 1962, there were 63 murders in Jamaica, with mild growth until 1980, when there was a break out in murders 1980 with 899 murders. Again there was a significant spike in crime when Jamaica averaged more than 1300 murders between 2016–22

Reviewing international conviction rates, Canada’s 2017–2018 conviction rate was 62% (of those charged in adult court). China’s conviction rate of 99.9%, India’s is around 46%, Japan’s is 99.3%, Russia’s is 99, and the USA’s conviction average is approximately 84%. In the news, Jamaica uses a clearance rate (clear-up). This gives the impression that crime is being deterred once the clear-up rate reflects positive standing. Not so. The Supreme Court of Jamaica reports a conviction rate of 51.35%. The conviction rate is a better judge of whether crime prevention is optimum. The Supreme Court records and found several references to a clear-up rate. Clear up from the police perspective simply means the number of arrested and processed relieved from police record divided by the total number of active arrests during that period.; the cleared cases are either dropped or sent to court. In court, the clear-up rate refers to all cases disposed of from the court’s active records (guilt, innocence, dismissed, or thrown out) divided by the total cases presented for that period. The conviction rate, especially for serious crimes, is lower than — and buried in the clear-up rate.

Of the approximately 25000 reported in the record during 2021, more than 50% are related to COVID-19 restrictions, disaster, and COVID-19 breaches, and failure to wear masks. The Supreme Court declared the most frequently occurring crimes in 2021 include; Breach of the disaster risk management Act, Breach of Curfew Order, Assault occasioning bodily harm, Unlawful wounding, Threat, Malicious destruction of property, Possession of an offensive weapon, Failure to wear a mask in a public place, Possession of ganja, and Littering. Of all cases disposed of during 2021:

With a 51.35% conviction rate, of which only 2.68% guilty verdict, how much of this (2.68%) represents serious crime (murder, rape, robbery) vs. property and disaster management crimes? Conviction and sentencing rates are more powerful tools to deter crime. That is punishment. Clear-up rates do not imply a punishment for anyone. It’s just to show that the caseload is relieved. A low conviction rate does not reflect well on any law enforcement agency or good police work.

There are many reasons for the high murder rate in Jamaica. A high crime rate is generally judged by a high rate of serious crimes, including murder, robbery, rape, etc.OSAC.gov said Jamaica’s police force is understaffed and has limited resources. Further, the Government of Jamaica has had to declare States of Emergency (SOEs) and Zones of Special Operations (ZOSOs) for several parishes because of rampant violence and murders and substantial money-laundering activity, Colombian narcotics trafficking like Jamaica because if its illicit financial transactions. The United States, Canada, and Europe also get cocaine through Jamaica, the transit point for South American traffickers. It is also well known that jamaica is the largest producer of marijuana in the Caribbean.

Global organized Crime Index reported that Jamaica’s leadership lack accountability and transparency, and some are linked to gangs and crime. However, there are other reasons crime is high in jamaica.

The history of criminology has brought many theories that can help Jamaica better understand the root causes and what to consider while fighting crime.

Deterrence is the theory that criminal penalties and punishment are a hindrance that helps deter people from committing a crime. Deterrence is not just about punishing the criminal, but it serves to make people have second thoughts about committing a crime; to deter them from doing the crime because the proof is there that if they committed a crime, they would be punished. The concept of deterrence holds that “punishment for crime must be swift, severe, and certain for it to be effective. People who intend to commit crimes must know that if they do, the courts will make the decision swiftly, the punishment is certain to occur, and the severity of the punishment fits the crime. At the same time, if there is no punishment or punishment is inadequate, absent, or weak, people intending to will likely commit the crime because they know they won’t be caught and punishment is nonexistent. High conviction rates are an effective deterrence tool. The public must know about the conviction rates. The deterrence effect is significantly weakened if no one knows about the results of trials and convictions. Is the Jamaican government prepared for proper deterrence strategies? Are they employing it? The law requires an effective police force, court system, and corrections to ensure optimum deterrence. If anyone of the three fails, the others are pressured to perform.

Just as good and evil are learned skills, criminality is also socially skillfully acquired. The social learning theory emphasizes how observing, modeling, and imitating others’ behaviors, attitudes, and emotional reactions is the template for learning the art of criminality. The theory shows that just as moms and dads teach moral values, veteran criminals teach children in their community how to become criminals and guide young minds into early deviant activities. Wrong-doings become a natural part of their growing up. Instead of yearning to be a doctor, lawyers, or positive influential leaders in the community, they yearn to become dons and gang leaders.

In what direction are our children guided today? It is a known fact that children’s criminality can develop from as early as six years old. Some countries prosecute children as adults as young as eight years old. As many as 24 out of 50 states in the US have no minimum age limit to prosecute children; they recognize criminality starts pretty early. Children exposed to and learning criminality from an earlier age will commit crimes. Is the Jamaican government protecting children at the early childhood (primary school) levels? How effective is it? Is the government helping parents with children at that age? Social learning theory considers several human learning and behavior factors: social, environmental, and cognitive factors — a great way to learn good and evil or wrong and right.

The strain theory holds that people will turn to crime when the community and social strains pressure them. They are strained because they don’t have the next meal, no work, no steady place to live, or when they cannot achieve the goals of the haves in society. No wonder a child who knows wrong from right, good from bad, is pressured when a gang leader gives him the promise of a better life. When the grass seems greener on the other side, some people will choose the promise of greener pastures. Many Jamaicans live below the poverty line. Homes in various communities are in disrepair or nonexistent. Some families don’t have the next meal, so they turn to crime. What should police officers do even when they understand this theory? Where do the police draw the line to arrest or to arrest? Are the poor treated with dignity by police officers? Are they treated differently from the people who have? If so, why?

COP encourages police to move from reactive and inherently passive strategies to a preventive interventionist model. Police empower the community in various ways. Not just by talking but by deliberate efforts to engage and involve the community in the crime-fighting process. They must believe first in good police functions and practices, ones that the community will buy into, not one that is police-centric. Next, police work on gaining legitimacy by relying on citizens for collaboration, authority, and information must be encouraged. Decentralizing the power of the police is paramount with this type of strategy. Setting up more robust county structures (Cornwall, Middlesex, and Surrey) to better respond to disadvantaged neighborhoods. The police need more staffing to get this rolling as school resource officers, walk foot patrollers, and ministrations are required to enhance legitimacy, deterrence, prevention, quick response, and effective control.

Crime in Jamaica is a problem, not just for Jamaica but for the international community that depends on the island as a tourist destination and the Diaspora who want to visit or relocate back home after retirement. There needs to be a change in crime-fighting strategies to achieve the societal balance we seek. With Jamaica owning one of the high homicide crime rates in the western hemisphere, concerns for the lives of residents, tourists, and Diaspora are at the forefront of everyone’s minds. Is law enforcement doing all it can to live up to its responsibilities of maintaining law and order, protecting life and people, preventing and detecting crime, and preserving peace? Will policymakers adjust crime-fighting strategies to modern-day techniques that work?