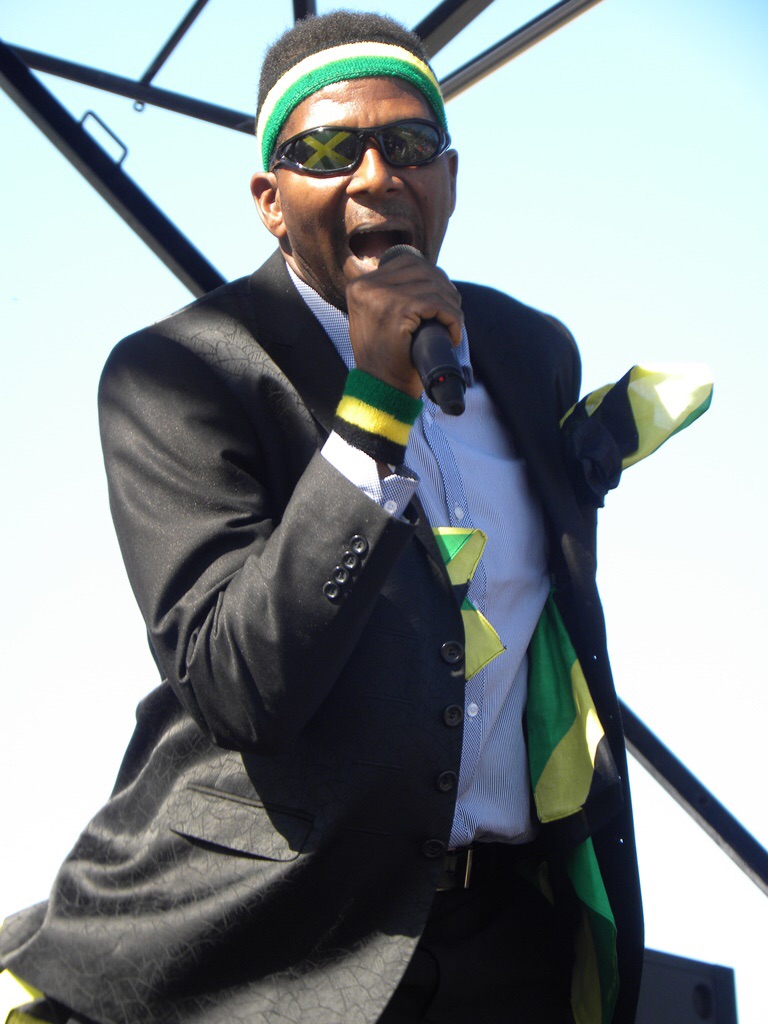 At 2:15 pm, the park was already hosting a sizeable crowd with early entertainment provided by the warm-up acts.  Hailing from Barbados, Edwin Yearwood’s short and spicy set featured songs like “Pump Me Up” and the very popular “The Road is Mine”.  It was perhaps a fitting nod to New York’s Carnival Weekend to feature Yearwood in that segment of the show.  Standing head and shoulders above the early entertainment though was New York’s very own Noel “DanceMaster” Stevens whose energy in the heat of the early afternoon was not only palpable, but infectious.  The crowds snapped up the Jamaican flags being thrown to them during the performance of Jamaica Bolt – his tribute no doubt to Usain Bolt’s recent outstanding Beijing performance.  DanceMaster could certainly show the younger artists a thing or two when it comes to stamina, voice control and engaging an audience.  Taking a leaf out of the lyrics of the Jamaican SensationGully Bop who would perform on stage later in the day, his “Dem no Know Bout Me” was very catchy and well received.  Ending his performance with the markedly calypso-heavy beats of “In the Center”, this artist set a hard pace for the remaining acts to follow.

A young DJ out of Brixton in London – Macini got a chance to perform and acquitted himself very well.  As a warm up act, his self-assured delivery of songs like ‘Tell me she Love Me’ and ‘Man a General’ was refreshing.  Backstage, he was very appreciative of the opportunity to appear in NYC, when asked how he felt the crowd responded and whether the audience was hard, he laughingly replied that Jamaican audiences were much tougher.  Jamaican group No Maddz closed out the early session as being the only group to perform with a band – their own.