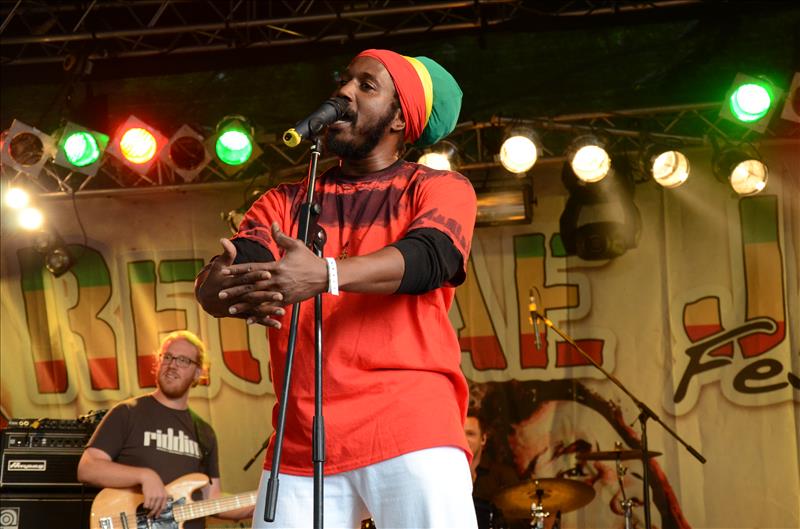 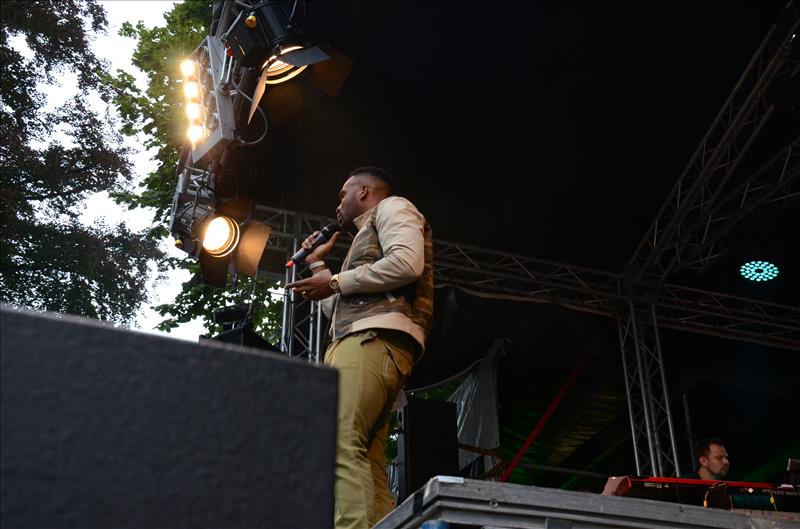 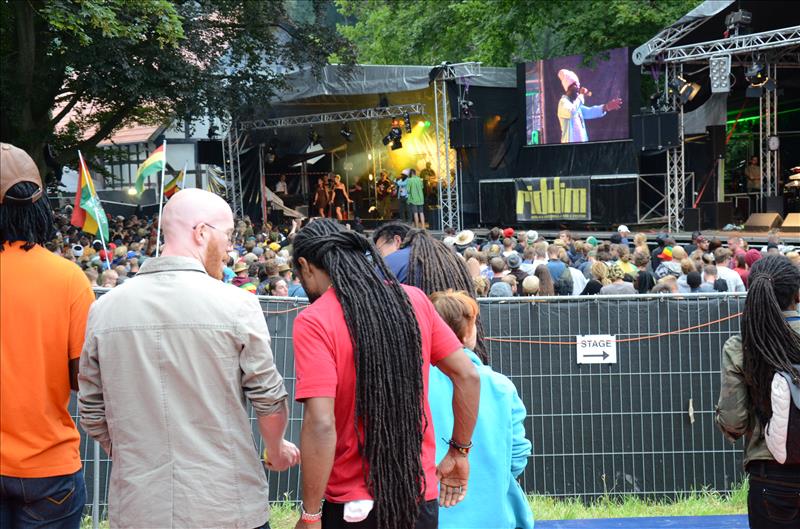 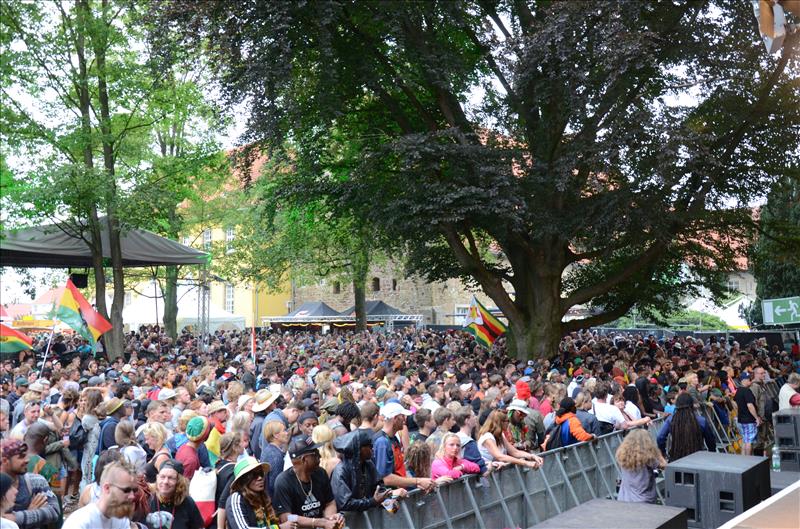 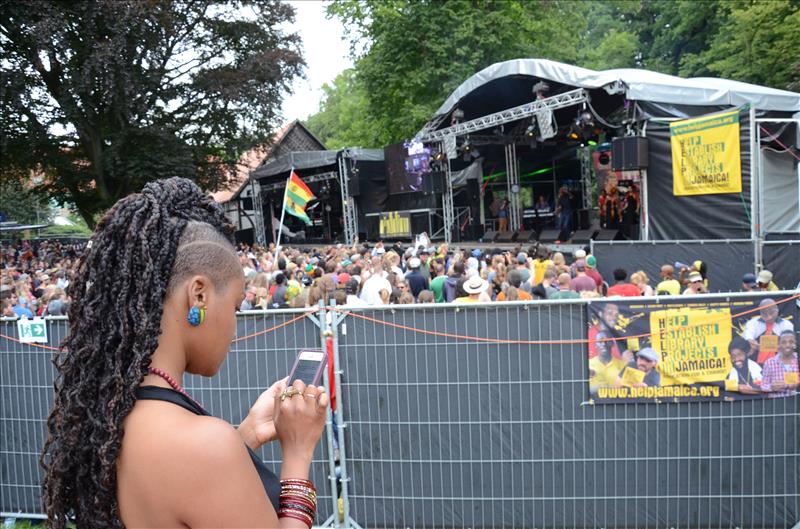 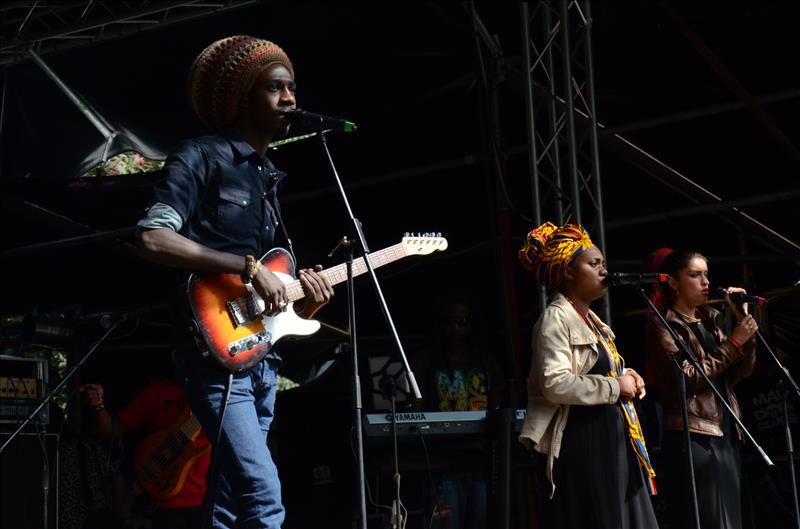 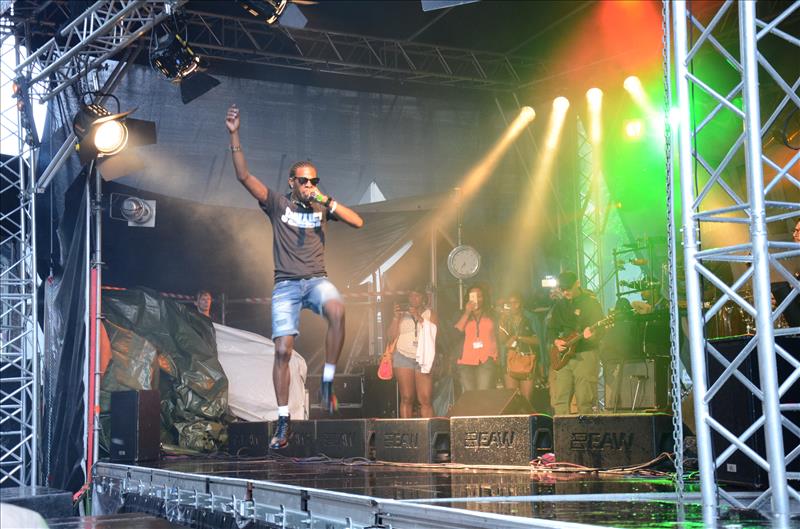 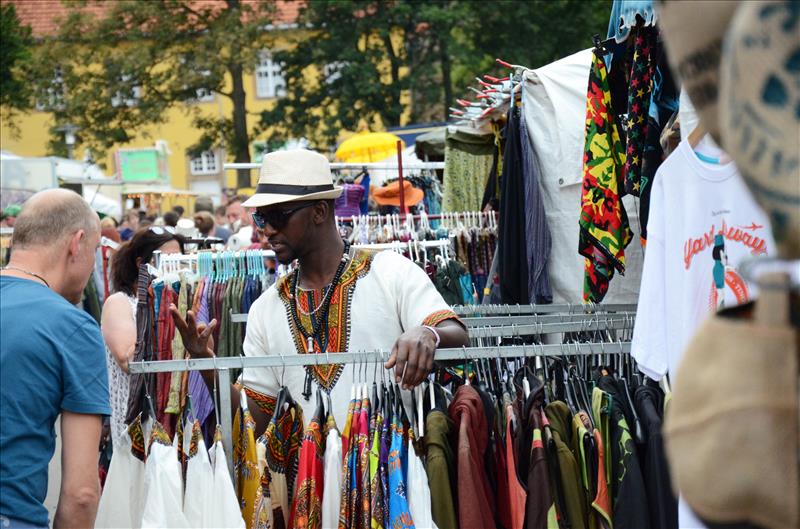 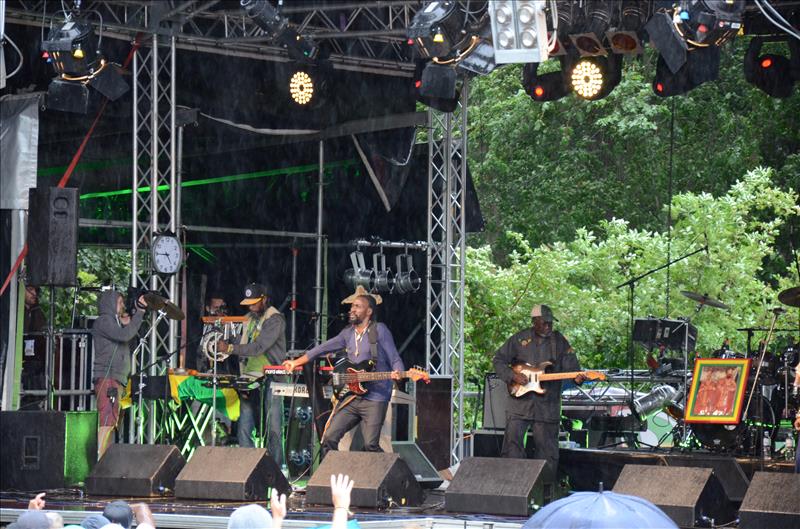 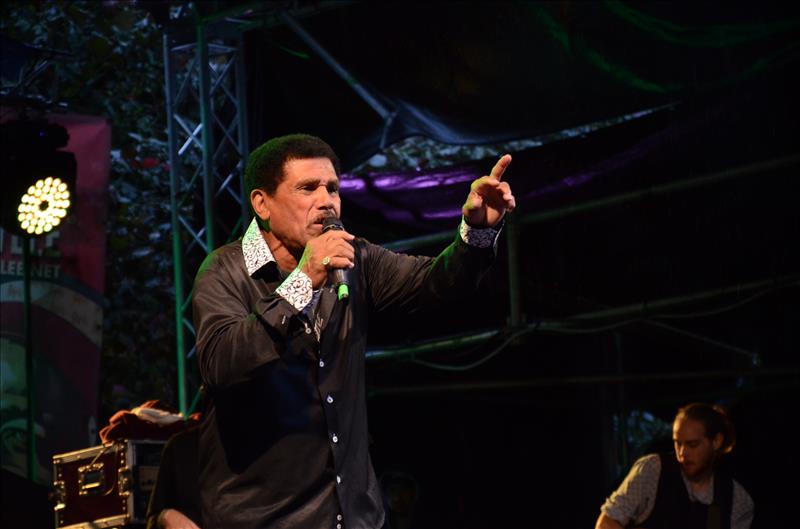 Last weekend before heading out to this year´s Reggae Jam Germany, I posted to my Facebook account about how much this relatively small reggae festival of 12,000 always reminds me of festivals back home in Jamaica. Minus the overzealous policing that we were subject to last year pre and post festival, it is undoubtedly one of the most authentic reggae festivals in Germany and possibly Europe. The tiny town of Bersenbrück, Germany is an unlikely place to decide to have a Reggae Festival unlike my town or neighbouring towns in my Bundesland (German word for state) NRW, it isn’t the most culturally diverse or alternative place that one could imagine having a reggae festival. But maybe, it is for that same reason why the home of Reggae Jam Bersenbrück is perfect for the yearly reggae pilgrimage.

Sure, for the past two weeks the weather report had fore-warned us about the fact that there could be some possible “liquid sunshine“…… (the Germans like my husband, who are linked to Jamaica, now use this term as well), but I would be lying if I wrote that I expected a full on storm! But by Friday morning after hearing about the approaching storm, I immediately felt bad for the organizers and the hundreds of campers who were already setting up camp literally in already soft and cold camp grounds.

I have covered quite a few reggae festivals here in Germany since moving here, but there is something different about Bersenbrück, from the organizers, to the workers and mind-blowingly even the patrons are all (refreshingly) nice people. Maybe that´s why it feels like home most to me compared to other enormous reggae festivals. It’s not just some big promoter putting on a show to make money, it’s a way of life for these people and hearing the MC’s (as genuine as it gets) patois (he is German btw) helps to confirm my views about it feeling very authentic to me.

Hats…. I mean umbrellas off to this year’s performers Jamaican and non-Jamaican alike, who despite the nasty weather gave over the top performances and kept the energy level way up. Notable mentions like Uprising Roots provided authentic sounds of roots reggae, sang old and new hits from their albums including from their latest album Black To I Roots we hear Trenchtown. Massive shout out to this band and to the audience who not only endured the cold rain and vicious wind during the performance but danced to their music as if they had no care in the world. Newcomer Nesbeth, has a great voice and hopefully a great future in the industry. Showing that he was versed in different genres of music, he not only had a dance troupe on stage with him but he also performed an Afro beats song, paying homage to the large African audience in attendance. He got a little emotional talking about his recently deceased mother, he asked friends and family to join him on stage and sent a touching message to the world: “I want you to hold the hand of the person next to you and lift it up, up, up! We are sending a message of peace through the world. If you believe in peace, say peace!”

After ending on such a sullen note the festive feeling was on the verge of rapidly fleeting, but fortunately the “original legend” Triston Palmer who, alongside the Asham Band, revived the mood with wonderful songs like If You Knew. Mr. Lexx then entered on stage after by literally ordering the crowd to “WAKE UP, WAKE UP”. In less than a minute after starting his performance he managed to bring back the vibes exciting the crowd with wild gyrating movements, prompting the crowd to do the same, so much so that a few persons slip in large pools of water that had now settled on the ground though unhurt. His voice is big, bold and unapologetically Dancehall, this could easily be Passa Passa in downtown Kingston. Magic Touch opens for Winston Francis next, but unfortunately, the rain is back with a vengeance and the storm announces herself as here to stay which is strange since the weather reports kept on saying that it had passed. In fact, not even 15 minutes into the performance the PA literally broke down. It is quickly handled by the festival technicians however and the groovy tunes are back on and people begin dancing again, surely the storm had passed…right?

No, but it hasn´t… well, not before leaving its mark on the festival. A massive branch of a tree gave way due to the viciously tropical storm like winds and falls directly on the passage backstage between the two stages. Miraculously no one is hurt, but now it’s no joke, persons could literally be in danger and the festival promoters are asked to disburse the crowd by the Fire Marshall.
Those camping have it the hardest as some were actually tent-less, even those with tents still standing have only a cold wet place to lay their heads. The field is now a muddy mess but the DRK (German relief agency) comes to the rescue, they open up the local high school for those who have lost tents, offering blankets, dry change of clothes, bunk beds and hot soup. The tiny town of Bersenbrück and the festival organizers was ready to act out their emergency plan and by all accounts they did great!

The Reggae Jam-App kept the festival goers informed around the clock, kudos to them for doing that. The program continued with a little delay at 11 pm, and it went smoothly with all scheduled performances until early in the morning. The town extended their curfew to accommodate the festival and the circumstances.

Notable performances on Sunday included, but were not limited to, the legendary dapper and unbelievably fit Ken Boothe who not only sang but sprung up and down on stage. He also provided the audience with an accompanying history lesson about background info about when and where the songs were recorded, and the meaning behind the lyrics.

Agent Sasco aka Assassin murdered the crowd with his lyrics… well, not literally, but he really was a big hit! Yellowman was originally scheduled to perform but was unable to, much to the dismay of my husband and his other diehard German fans, Spragge Benz protégé Assasin, more than stepped up to the plate though and delivered. Shuga, former background singer to Tanya Stephens, was a pleasant surprise with her voice and experienced stage presence. Her rendition of Turn Your Lights Down Low at the end of her powerful set she added in the interlude (“When I see you, I don’t see black or white…“) which was beautiful and fitting for the very mixed race couple and family audience.

Thoroughly looking forward to next year’s Reggae Jam already, if you live or will be visiting Germany or a country nearby in July, take my word for it and put it on your calendar, it´s the nearest thing to Sumfest back home and that makes it all kinds of beautiful to me.