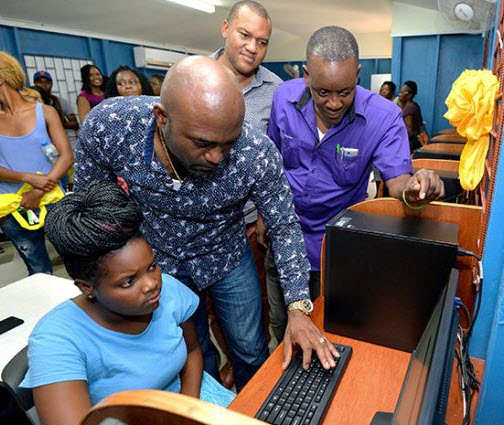 The Government’s Data Protection Bill, which aims to safeguard the privacy of individuals whose personal information has been documented by entities with whom they interface, is expected to be tabled in September when the Houses of Parliament reconvene following the August summer recess.

This was noted by Science, Energy and Technology Minister, Dr. the Hon. Andrew Wheatley, during the recent opening of the $3.5-million Annotto Bay computer resource centre in St. Mary.

He said the Bill aims to offer individuals an additional level of security in relation to how institutions treat with their personal information.

Dr. Wheatley, who made the initial announcement during the 2017/18 Sectoral Debate in the House of Representatives in April, indicated then that the law aimed to govern the collection, regulation, processing, storage, use and disclosure of certain information in physical or electronic form.

“So, whether it’s the bank… the Government of Jamaica… or any other institution… once you are in possession of someone’s personal information, you must deal with that information in such a manner that offers that person a level of protection and confidence,” the Minister said in Annotto Bay.

He also indicated during his Sectoral Debate presentation that the 2015 Cybercrimes Act will be reviewed during the current fiscal year to address concerns regarding how sections of the law are interpreted and enforced.

Additionally, the Minister said a new Information and Communications Technology (ICT) Bill will also be tabled.

While encouraging greater use of ICT, Dr. Wheatley again urged persons and entities to exercise caution when doing so and safeguard themselves against cyberattacks.

The Minister also encouraged persons to move away from being mere consumers of technology and become innovators, noting that “we have that inherent capacity”.

“We have seen where a number of our young people are gaining employment opportunities within the app development… and in animation,” Dr. Wheatley said.

The Annotto Bay computer resource centre, which is situated on the grounds of the St. Theresa’s Roman Catholic Church, is the 256th computer access point (CAP) developed by the Universal Service Fund (USF), and the ninth established in St. Mary.

It is outfitted with 16 desktop computers, one Internet broadband server and supporting network capability, one printer, one projector, and two air-conditioning units.

The USF also conducted electricity upgrading on the building housing the centre, which was provided through a partnership between the Church and the Annotto Bay Community Development and Environmental Benefit Society, which applied for the CAP.