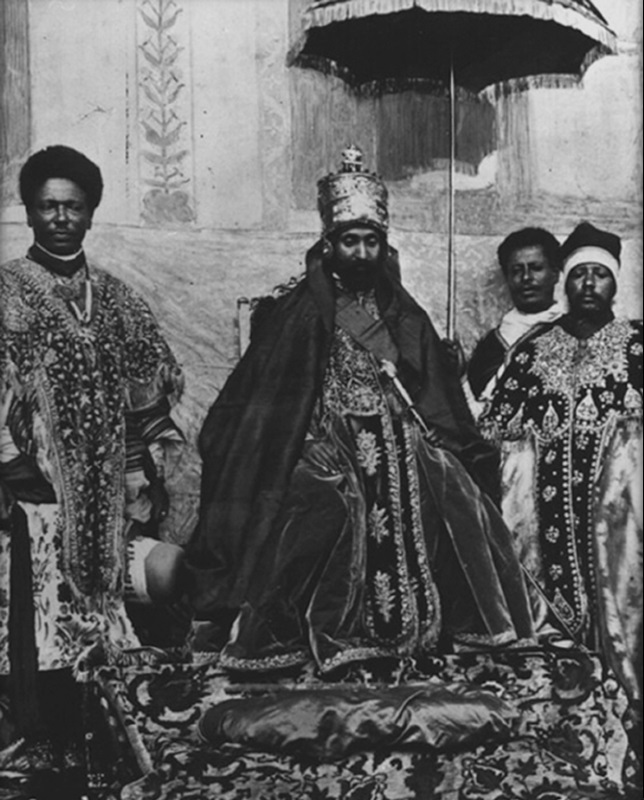 Two of reggae music’s most devout proponents will be lauded by Diaspora African Rastafari Congress (DARC) on Nov. 8 when the inaugural Ethiophile banquet hosts a banquet commemorating the crowning of Ethiopian Emperor Haile Selassie I.

David Hinds lead singer of British reggae band Steel Pulse and avowed Mother Culture, Sister Carol are slated to receive Rastafari meritorious Awards for their dedication to advancing the music, culture and heritage of Black people throughout the world.

”We recognize the works of our peers within the global Pan-African community and congregate in a united and exemplary manner that befits the moral integrity of royal Ethiopian subjects,” a DARC spokesperson said.

The multi-purpose banquet will pay homage to African Zion Divine Negus Nagast on the 85th anniversary of his coronation and also the birth of the Rastafari nation.

Rastafarians are convinced that Selassie is the one true God and his reputation is one of respect and pride. Some see him as God incarnate while “eschewing the European ideal of Jesus Christ, others as the greatest teacher and reformer with the oldest of bloodlines, Christ in his second coming.  All, however, study the political history of Selassie and celebrate his works and writings.”

His name means “power of the Trinity” and offers claim as heir of an ancient dynasty descended from Solomon and Sheba.

Revered by Rastafarians, the Ethiopian emperor enjoyed ceremonial precedence as one of the most senior heads of state during his reign.

His nation was the only African state to have evaded colonization.

Another highlight of the celebration is the fact Prince Ermias Sahle Selassie, grandson of the emperors is invited to attend the banquet.

According to the DARC mission statement, their aim is “to promote and preserve the advancement of Rastafari through social, cultural, economic, scientific and technological ventures. The purpose is to provide sustainable outlets for the African community globally that will advocate the right to return to our African homeland; to protect the self-determination of the movement; and to engender selfless public service while safeguarding African culture and tradition.”

The Diaspora African RasTafari Congress is an international All African membership organization founded on 12-12-12 by “Ithiopia subjects who are committed to the principles and ideals of Negus Negast Qädamawi Haile Sellassie 1st.”

“The vision is to adhere to His divinity and character, while maintaining international peace and security, developing friendly relations among nations and promoting social progress, better living standards and human rights.”

The anniversary event will be held at Golden Terrace, 120-23 Atlantic Ave in Richmond Hill, Queens New York from 6 p.m. to 11.