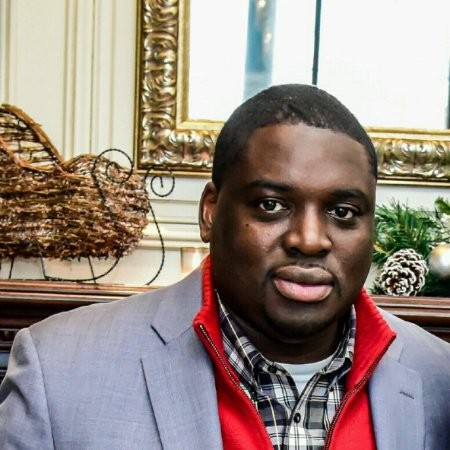 Denniston Reid, 46, has dedicated his life to ensure that the greatest possible number of underserved children have a chance at a college education. Reid, who graduated from the University of Colgate and is the recipient of the 2018 Humanitarian Award from the University’s Alumni Corporation in recognition of his service working with underprivileged youth, was named to the University’s Board of Trustees in June 2018. Colgate University is a small liberal arts institution founded in 1819 in upstate New York. Adam Clayton Powell, the first African American elected to the United States Congress from New York, was one of its graduates. Reid, who was born in Kingston, Jamaica, and graduated from Vaz Prep School, attended one year of high school on the island and then migrated to earn a Master’s degree from New York’s Columbia University Teachers College. He is currently pursuing a Ph.D. at Pennsylvania State University. Reid had wanted to become an attorney but gave up the idea after discovering that most of the boys in the juvenile facility in which he was teaching couldn’t read. This shocked him, and he decided to become an educator, following in the footsteps of two of his aunts in Jamaica. Reid has for years run a program designed to expose students from economically challenged circumstances to college life. He says it is his way of giving back. He is credited with helping to raise the test scores of black and Hispanic students at the Bronx Preparatory Charter School of which he was a founding sixth-grade mathematics teacher. Reid’s successes have been featured in the New York Times. He is currently the chief of schools and innovation officer for the nonprofit Excellence Community Schools, which expands access to quality education in high-needs New York neighborhoods.