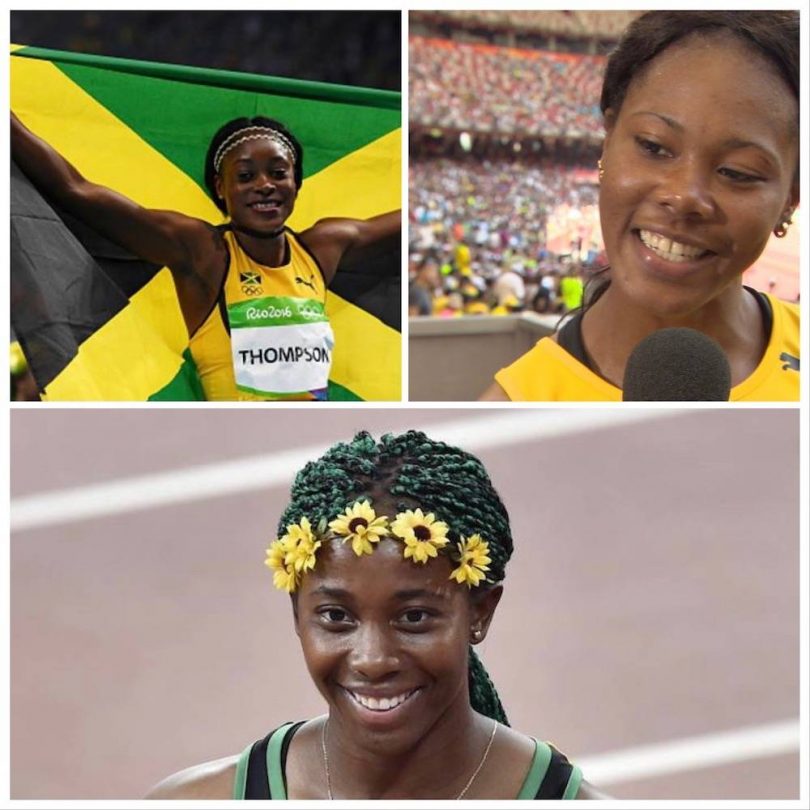 Three of the fastest women 100-meter runners in 2021 in the world are from Jamaica. Shelly-Ann Fraser-Pryce was born in Kingston in 1986; Elaine Thompson Hera was born in Banana Ground in Manchester Parish in 1992; and Natasha Morrison was born in St. Catherine in 1992.

Shelly-Ann Fraser-Pryce is currently coached by Reynaldo Walcott and achieved a personal best time of 10.63 seconds in the 100 meters in Florida in 2021. Her world rank in the women’s 100 meters is Number 1. She ranks Number 3 in the world overall. In addition to the 100-meter event, she competes in the 60-meter and 200-meter events. She is recognized as one of the greatest sprinters in history, gaining worldwide success in the late 2000s and 2010s and bringing Jamaican athletics to prominence on the world stage. She won the Olympic gold medal in her signature 100-meter event twice. She is a four-time world champion, and as of June 2021, she became the fastest woman alive after her 10.63 finish in the 100-meter race in Kingston.

Fraser-Pryce is one of the most decorated and fastest athletes in history as well. At the 2008 Olympic Games in Beijing, she became the first woman athlete from the Caribbean to win an Olympic gold medal in the 100-meters. In the 2012 London Olympics, she became one of three women in history to defend her Olympic title. At the 2016 Rio Olympics, she became the first female sprinter to win medals in the 100-meters at three consecutive Olympic Games. Fraser-Pryce won ten gold medals, including one indoor title, and two silver medals at the World Athletics Championships, becoming one of the most decorated athletes in history. She is the only individual to win four world titles in the 100-meters, and with her win at age 32 in 2019, she became the oldest female sprinter and the first mother in 24 years to win a global 100-meter title. Among her lists of “firsts” is the fact that she is the first woman to win the 100-meter, 200-meter and 4×100-meter events at a single World Championship, a feat she accomplished in 2013.

She was named IAAF World Athlete of the Year in 2013 as well. In 2014, she took the 60-meter world indoor title, which made her the only woman to hold World Championship titles in all four events simultaneously. Nicknamed the “Pocket Rocket,” Fraser-Pryce has won more world 100-meter titles than any other female sprinter in the history of the sport. World Athletics called her “the greatest female sprinter of her generation,” and she was named to the BBC’s list of 100 inspiring and influential women in the world in 2019.

Elaine Thompson Hera is ranked at Number 4 in the current world rankings in the 100 meters. She gained prominence at the 2016 Rio Olympics when she finished a rare sprint double to win a gold medal in the 100-meter race with a time of 10.71 seconds and the 200-meter event with a time of 21.78 seconds. She attended Christiana High School and Manchester High School in Jamaica. Following high school, she was recruited by the University of Technology by Paul Francis, the brother of Stephen Francis, the head coach of the MVP Track Club. With coaching at MVP, Thompson Hera’s times improved, and she achieved a personal best of 11.41 seconds at the Gibson Relays in 2013. That same year, at the Central American and Caribbean Championships, she took home gold in the 4×100-meter relay by running the first leg for Jamaica’s team. She won her first intercollegiate title in 2014 and had a seasonal best time of 11.17 seconds in the 100-meters. She represented Jamaica at the Commonwealth Games in Glasgow in 2014, helping Jamaica win its heat in the 4×100-meter relay in 42.44 seconds.

Natasha Morrison represented Jamaica at the 2015 World Championships in Beijing and achieved a seventh-place finish in the individual 100-meter competition. She also won a gold medal there in the 4×100-meter relay. Morrison attained a personal best time in the outdoor 100-meter race with 10.87 seconds in Florida in 2021, and in the outdoor 200-meters with 23.08 seconds in Sundsvall in 2013. She received a gold medal in 2019 in Doha in the 4×100-meter relay and a bronze medal in the event in London in 2017. She took home a silver medal at the 2018 Commonwealth Games in the Gold Coast 4×100-meter relay and a gold medal in the event at the 2018 Central American and Caribbean Games in Barranquilla. Her current world ranking in the 100-meters is 38, while her highest-ever world ranking in the event was 32. Her overall ranking is 516.

Sha-Carrie Richardson and Twanisha Terry of the United States are at positions 4 and 5 of the top 5 fastest women in the world in 2021.

With a lineup like this, the Women’s 100-Meter Final could turn out to be the hottest and one of the fastest athletic event at the Tokyo Olympics in 2021.