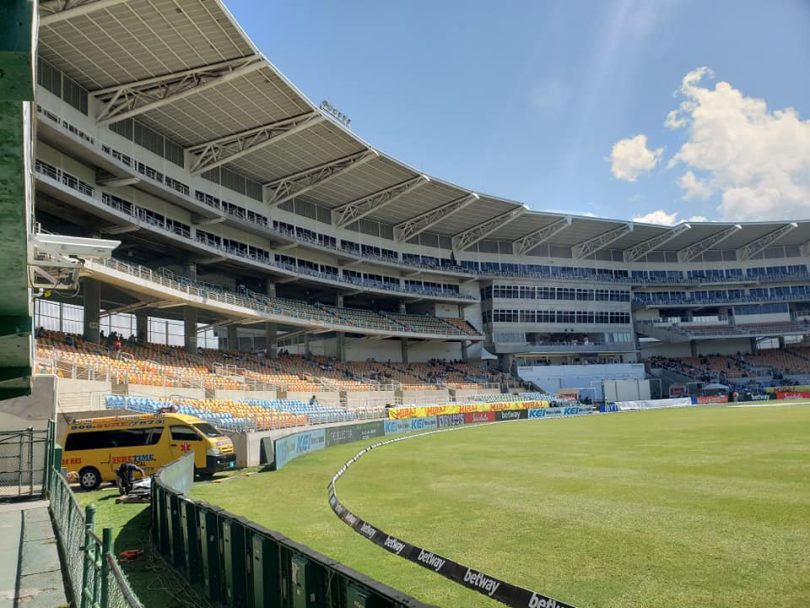 Sabina Park, the home of the Kingston Cricket Club and the only Test cricket ground in Kingston, Jamaica, is named after an enslaved woman with a tragic story. Sabina Park was one of the 17 enslaved people on Goat Island. They were owned by Joseph Gordon, a Scottish planter who had a total of 17 properties across Jamaica. Sabina Park killed her four-month-old son. At the trial at which she admitted the infanticide, a witness for the Crown relayed a statement from Park that “she had worked hard enough for ‘Backra Massa’ already and that she would not be plagued to raise the child…to work for white people.”

The rate of suicide among enslaved people in Jamaica was high as they responded to the terrible inhumane conditions in which they lived. Sabina Park became a symbol of an extreme yet defiant reaction to the horrors of slavery. She was found guilty of murdering her child, hanged for the crime, and buried on the Liguanea Plains in the place named for her: Sabina Park Pen.

When her name was given to the only cricket Test ground in Jamaica, and since 1880 when the Kingston Cricket Club (KCC) began renting the ground from Catherine Fairweather Blakely, only a few of the millions of people who filled the stands knew the origin of the name. When the KCC acquired the ground in 1890 after a decade of renting it, there was no public acknowledgment of its history.

Over the years, a few historians have explored the naming of cricket’s Sabina Park ground. Orlando Patterson mentioned it in his book, “The Sociology of Slavery” in 1969, and Marcia Thomas wrote about it in the Jamaica Observer article, “Jamaican History Matters,” on February 14, 2021. An article in WiredJA, on August 23, 2022, by Calvin G Brown relayed the sad backstory of the name of the famous cricket ground.

Thomas wrote about the original place name of Sabina Park Pen. The word “Pen” referred to a rich, urban residence and the land that adjoined it. There was a Great House at Sabina Park Pen called Rosemount. The estate covered 30 acres.

There is a pattern in the naming of cricket grounds: they have all been named for people who owned the land or ruled the territories. The Sabina Park story is one of the more dramatic ones and should be more widely known.