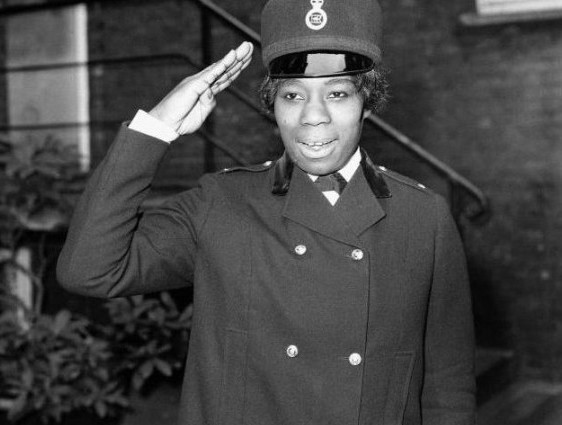 Jamaicans have been involved in a number of firsts around the world and Sislin Fay Allen is no exception. The pioneering Jamaican was the first black female police officer to serve as a constable in London’s Metropolitan Police Force in the UK. Formerly a nurse at Croydon’s Queens Hospital, she decided to change careers after seeing a recruitment advertisement for police officers.

Born in 1938 in Jamaica, Allen is better known by her middle name of Fay. She was raised by her aunt who was a judge and always had dreams of a career in law enforcement but didn’t believe it would ever be a possibility. She immigrated to the UK but the exact date is unknown.

Instead of police work, Allen became a registered nurse in the UK and worked at Croydon’s Queens Hospital caring for geriatric patients. At the age of 29, she applied for a position within the police force. She kept her application secret and was surprised when she was accepted as a recruit. She trained at Peel House.

Allen’s first posting was at Fell Road Police Station. Racism and discrimination from the public and fellow officers was common. The Metropolitan Police Force, known colloquially as the Met, received hate mail for hiring her. It’s important to note that when Allen joined the force, it was only 10 years after the 1958 race riots between whites and West Indians.

Much of the hate mail wasn’t shown to Allen as officials were afraid she’d quit. Allen had real talent for police work and was assigned to the Missing Person’s Bureau at Scotland Yard. She later transferred to the Norbury Police Station. She served on the force from 1968 until resigning in 1972, at which time she received a congratulatory letter from former prime minister, Michael Manley, recognizing her many achievements.

Allen returned to Jamaica with her Jamaican-born immigrant husband and their two children. However, that wasn’t the end to her law enforcement career. She joined the constabulary in Jamaica and worked there for several years before returning to South London with her family.

The former nurse and the UK’s first black female police officer has since returned to Jamaica and makes it her full-time home at the age of 82. Her legacy of police work continues with her children who live in the UK and serve in law enforcement. Thanks to Allen’s trailblazing, women now account for 27 percent of the Met’s police force.