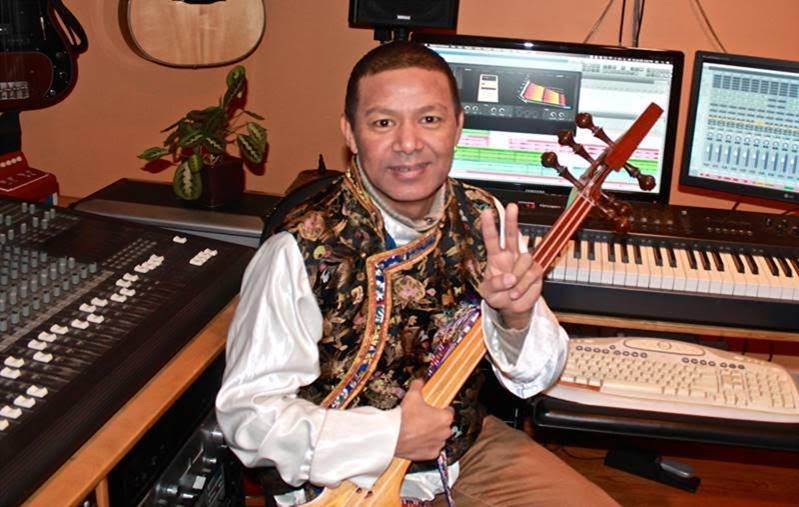 Gifted Tibetan-Canadian singer and multi-instrumentalist DORJEE TSERING is celebrating Canada’s 150th birthday by releasing a new single, “THANK YOU CANADA,” Friday, April 21st, and a full album of the same name, in a concert at Toronto’s Lula Lounge, 1585 Dundas Street West, on Tuesday, June 6th at 7:00 pm to 8:30 pm. Doors open at 6:00 pm and Dorjee invites everyone to join him in a beginner Tibetan dance lesson before the concert. Toronto’s purveyors of folk, rock, blues, and Hindustani music SO LONG SEVEN close out the night. TICKETS: $12 advance / $15 at the door https://bemusednetwork.com/events/detail/348 Dinner reservations guarantee seating.

On the occasion of the True North’s sesquicentennial, Dorjee Tsering’s “Thank You Canada” single is a heartfelt expression of great gratitude for the open arms of welcome from the country to which he emigrated from his native Tibet many years ago. It’s a piano-pop song, sung alternately in Tibetan and English, that quotes our national anthem and features a fast-tempo sargam rap in the middle, followed by Dorjee’s gentle bansuri (flute) and Anne Lindsay’s fiddle solo after the break. Given the current climate toward refugees and immigrants in the U.S., it’s an especially poignant and meaningful recognition of Canada’s warmer, more hospitable approach. He’ll release a full album of the same name at the June 6th Lulaworld concert.

As a Canadian immigrant, Tsering has devoted his life to learning the ancient ways of Tibetan music, adapting and growing these traditions with new sounds, and sharing them with as many people as he can, not only in his new homeland, but across America and Europe as well. At folk festivals, in clubs large and small, at house concerts, and on recordings and video, Tsering has brought much  attention to his endangered culture. Whether performing on the dranyen (Himalayan lute), flute, piwang (two-stringed fiddle), yang-qin (Chinese dulcimer) or with his distinctive voice, Tsering works to preserve his musical heritage as one would an ancient temple, but bringing it into the modern world with support structures that help ensure its longevity.