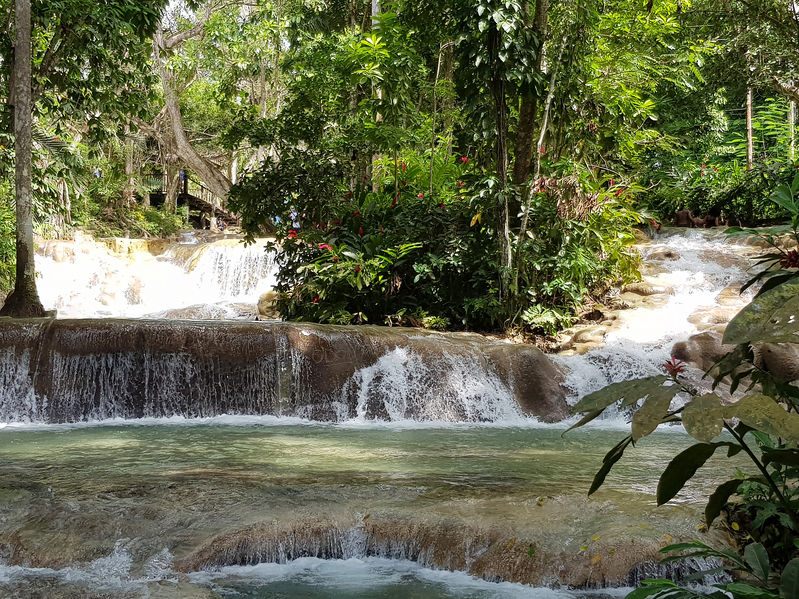 Jamaica’s Dunn’s River Falls and Park was named the top tourist destination in the Caribbean region at the 2020 World Travel Awards event in Nassau in the Bahamas. Dunn’s River Falls was chosen over the other contenders for the title announced by the Urban Development Corporation (UDC), including Jamaica’s Dolphin Cove, Turtle Center in the Caymans, Stingray City in Antigua, and Aquaventure at Atlantis on Paradise Island in the Bahamas. According to Heather Pinnock, the UDC General Manager, winning the award represented “encouragement to continue our preservation and promotion of Brand Jamaica”. She went on to praise the work of operational and support staff in the maintenance of the status of the attraction. Dunn’s River Falls was also awarded the title of Best Caribbean Attraction by Porthole Cruise Magazine. Pinnock predicted that Dunn’s River Falls will continue its commitment toward the provision of a “world class product” driven by “efficient processes and superior customer service.”

The famous Dunn’s River Falls is located near Ocho Rios, itself a popular tourist destination in Jamaica. Thousands of visitors experience the falls every year. Dunn’s River Falls is approximately 180 feet high and some 600 feet long, with the water cascading over a natural terraced landscape that creates “stairs” with some man-made improvements to facilitate access for visitors. A number of small lagoons are scattered throughout the vertical portions of the falls, which ultimately empty into the Caribbean Sea at a white-sand beach.

The falls are fed by the Dunn’s River, which drops 180 feet from its source to its emptying point in the seas. The river itself is fed by spring water that includes calcium carbonate. It deposits travertine along the way, which forms the series of tufa terraces. Geologists refer to such falls as “living phenomena” as they continually “rebuild” the area with these sediments.

In 1657, the falls were the site of the Battle of Las Chorreras in which the British defeated a Spanish force from Cuba. The Jamaica Historical Society has placed a plaque at the foot of the falls commemorating this event.