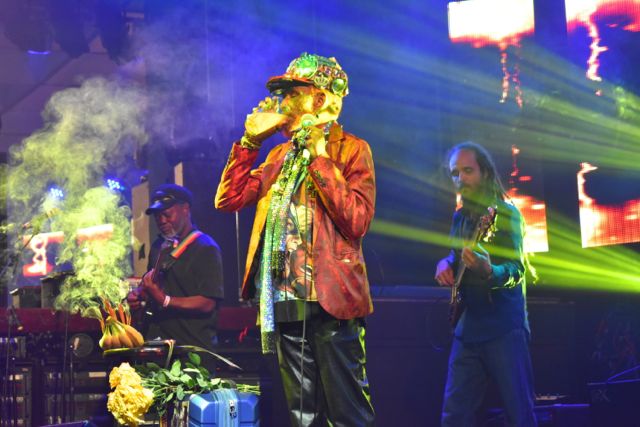 Last month’s appearance of Lee ‘Scratch’ Perry, a living legend in Jamaican music, at the Culture Room in Ft. Lauderdale, Florida was truly an unforgettable experience on so many levels.  For starters, in 2003, Perry was awarded a Grammy for Best Reggae Album with his album, titled Jamaican E.T..  And in 2004, the venerable Rolling Stone ranked Perry as being one of the 100 Greatest Artists of All Time.  Yes, that’s right…of All Time.  And so, on February 15th there stood ‘Scratch’ on stage at the Culture Room for all to see.  Many in the audience looked on in amazement that it was actually him, live and in the flesh. 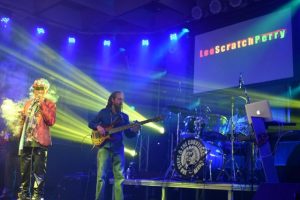 Born Rainford Hugh Perry in 1936 (making him 84 years old this month), Lee ‘Scratch’ Perry is a legendary Jamaican music producer famed for not only his groundbreaking and innovative studio techniques, but also his pioneering production style.  In fact, Perry was at the root of dub music’s genesis in Jamaica in the 1970s, which gave rise to the early methods of remixing as well as mesmerizing studio effects that were employed to create instrumentals (dubs) or versions related to existing reggae tracks (nowadays called ‘riddims’).  Oftentimes, a reggae song would be recorded on the A-side with the riddim instrumental or version as the B-side.  Perry’s musical landscape of dub certainly fertilized the seeds that sprouted Jamaican dancehall music which even to this present day formulates riddims or versions that deejays and reggae singers voice over for producers all over the island. 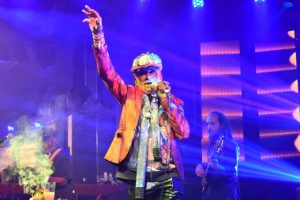 Needless to say, Lee ‘Scratch’ Perry over the course of his much storied musical career has worked alongside and produced for a broad spectrum of artists, including reggae icon Bob Marley and the Wailers, Junior Murvin, the Congos, Max Romeo, Adrian Sherwood, the Beastie Boys and so many, many others. In August 2012, Perry received Jamaica’s sixth highest honour, the Order of Distinction (Commander Class) and much deservedly so.  On the night of Perry’s show, the Ft. Lauderdale area was experiencing inclement weather with heavy downpours and storms.  Nonetheless, the pilgrimage to the Culture Room was undeterred as throngs of reggae fans and aficionados of music in general filtered into the venue to witness the presence of a man they will never forget seeing in person. 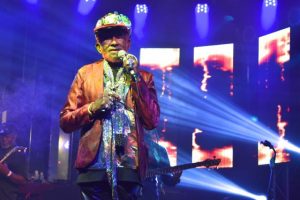 In the early going, there were some great ska inflected vibes courtesy of Jah Steve & the Counteract Crew, and they also blended sweet reggae tunes complemented by conscious lyrics.  Following them was the man of the night, Lee ‘Scratch’ Perry who was on the outer fringes of fashion norms as he customarily is.  Beyond that, Perry toted a small roller suitcase, a bouquet of yellow flowers, bananas, and incense sticks that he put between the bananas and lit.  At that, he was in vintage form and as eclectic as ever wearing black leather pants with a cap adorned with button pins of all sorts fastened on.

Perhaps the moment of the night was when Perry placed his high-top sneaker on the speaker at the front of the stage and just above it there was a light switch normally mounted on a wall, but instead was strapped to Perry’s lower leg (above his ankle).  Scratch then flipped the switch and surely enough the light came on, which caused him to grin at the chuckling audience.

Photos by Nick Ford who lives and works in South Florida.