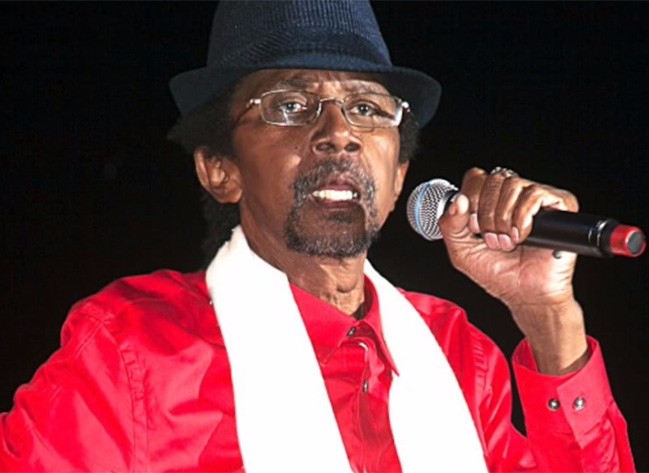 Edi Fitzroy, best known for his hit track “Princess Black,” has died. The Jamaican reggae singer, whose real name was Fitzroy Edwards, died on March 4, 2017, at the age of 62. He was born in Chapelton, Clarendon, the son of a sound system operator. Fitzroy studied accounting in Kingston and then became a staff member at the Jamaica Broadcasting Corporation (JBC), where he worked for 22 years before pursuing a full-time career in music. He has been credited with being the first radio personality to broadcast reggae on the air. In an incident recreated in the Jamaican film “Rockers,” Fitzroy and a colleague locked themselves in a studio and played reggae for an entire day. Some of his best-known hits include “African Queen,” “Prison Life,” and “Level de Vibes.” In 1982, he was recognize by the Press Association of Jamaica for his contributions toward the development of Jamaican reggae, and for three consecutive years, Fitzroy also received the Most Culture-Oriented Artiste award at the yearly International Music Awards held in Jamaica and the United States. Upon hearing of Fitzroy’s passing, Jamaica’s Minister of Culture and Entertainment Olivia “Babsy” Grange” noted that he will be remembered for his distinctive style. “He was one of a kind who will be missed,” Grange said.