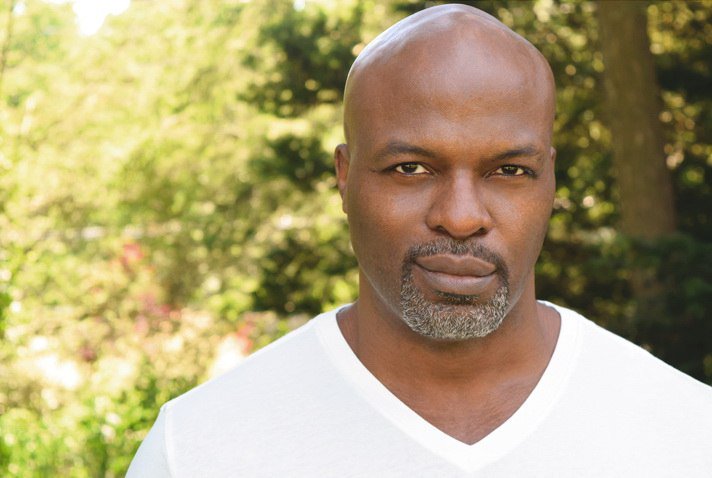 On January 2, 1968, iconic TV and film actor, Evan Parke, was born in Kingston, Jamaica. He’s best known for his role as Benjamin “Ben” Hayes in the 2005 Peter Jackson film “King Kong. He played a World War I veteran and first mate of the Venture who led an expedition to the movie’s Skull Island to find the leading lady.

Parke was born Evan Dexter O’Neal Parke and was raised first in Brooklyn, NY and later on Long Island. An economics major, he also played football at Cornell University and graduated in 1990. He joined the ranks of the Kappa Alpha Psi fraternity in 1989. It was during his senior year in college that Parke discovered a passion and talent for acting when he enrolled in dramatic literature and black theatre classes.

After graduating, he worked at a variety of jobs that included FedEx and as a pharmaceutical sales rep. The lure of the stage continued to beckon and Parke enrolled at the prestigious Yale School of Drama where he received a master’s degree. He won a role in the Tony® award-winning Broadway production of “The Lion King,” along with off-Broadway roles before landing work in over 120 TV episodes and more than a dozen feature films.

Parke’s acting career was launched in the daytime TV series, “All My Children” and “As the World Turns.” His performances quickly earned him additional roles in popular primetime TV series, procedurals and blockbuster films. Parke’s TV acting credits include Det. Raymond Cooper in “Dragnet,” “Law and Order: Criminal Intent,” “Without a Trace,” and “Charmed.”

Fans saw him in numerous TV roles encompassing “Blue Bloods” as Duwan Brown; Dist. Attorney Spencer Walsh in “The Young and the Restless,” as Derek Yeager in “Desperate Housewives,” and Det. Norman Singleton in “The Blacklist,” along with “CSI: NY,” “Bull,” and “NCIS: New Orleans.”

Parke successfully made the transition from TV to the big screen where he garnered critical acclaim as a comedic and dramatic actor in Academy Award® winning films. He played opposite Keanu Reeves as Malcolm La Mont in “The Replacements,” as Gunnar in the 2001 science fiction classic, “Planet of the Apes,” and in the 2002 film “Nightstalker” that was nominated for two Fangoria Chainsaw Awards, in which he played Lt. Mayberry.

He voiced the character of Hayes in the King Kong video game and Luther in the game “Detroit: Become Human” in 2018. He currently resides in Long Island, NY.