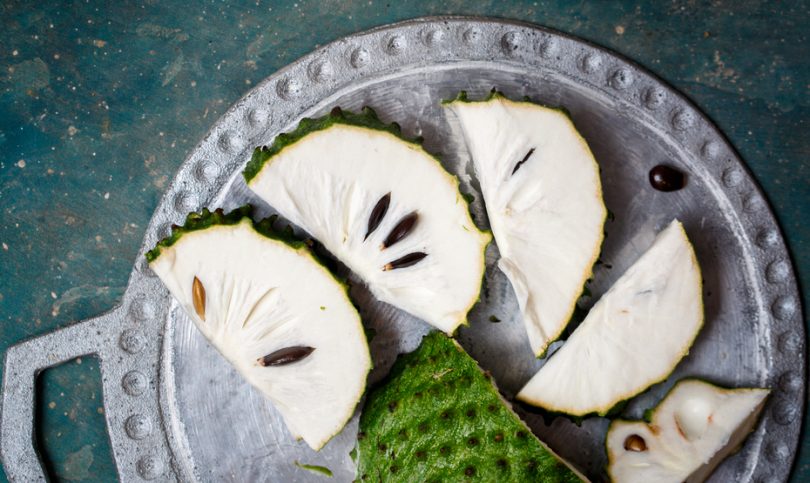 Jamaican soursop is a somewhat confusing fruit for those unfamiliar with it. It’s a delicious treat, but many visitors to the island are often amazed at its unique appearance. The skin in ripe fruits is yellowish-green in color, the ovoid fruits can grow up to 12 inches in length, and are covered with blunt “spines.” The fruit can weigh up to 15 lbs. the flesh is cream-colored, and the leaves emit an unpleasant odor.

Jamaicans call the fruit soursop and it’s also known as guanabana, cherimoya, custard apple, and Brazilian Paw. Fans of the fruit have described the taste as a combination of apples and strawberries with notes of sour citrus. The texture is reminiscent of a banana.
The fruit’s origins are a mystery, though it’s been cultivated in Africa, South America and the Caribbean for thousands of years. It’s been used as a medicinal throughout history, but can be toxic with long-term usage or when taken in large amounts. 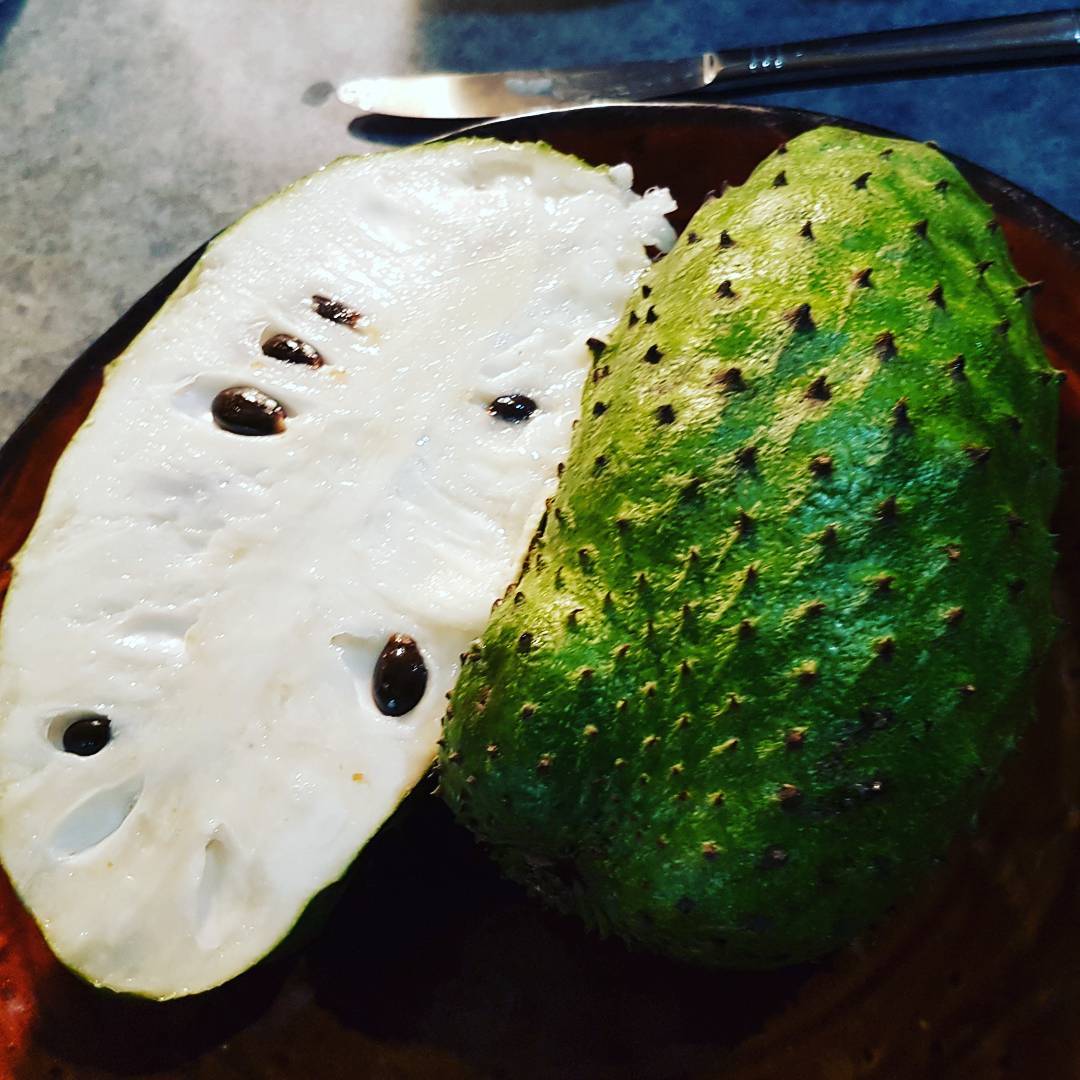 Due to the myriad of nutrients in soursop, the fruit is used in remedies to boost the immune system, as an effective diuretic, and for centuries to address gastrointestinal parasites. The leaves have been prepared and utilized to reduce levels of uric acid to relieve gout.
Perhaps the most highly prized attributes of soursop are its natural anti-bacterial, anti-inflammatory, and analgesic properties. Its antibacterial abilities are effective against the bacteria responsible for yeast infections, tooth decay and gingivitis. Soursop has been formulated into tinctures, salves and poultices for application to injuries to ease pain, relieve inflammation, and accelerate the healing process.

Individuals have used it as a tea to relieve mucous associated with asthma, to relieve stress and insomnia, and address depression. It’s calcium and phosphorous content is beneficial for strong bones and facilitates circulation

The seeds and leaves can even be formulated into a pesticide for eliminating multiple types of insects. The bioactive compounds in soursop leaves are extracted and found in commercial treatments for head lice. Those same compounds are an ingredient that’s used in biological pesticides that are effective against bedbugs and a range of other insects. 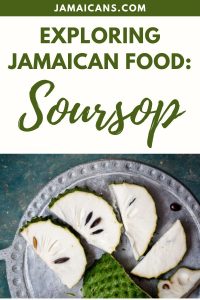