Faith, Hope and Television - Somewhere Along The Way People Will Be Good To You - Jamaicans.com 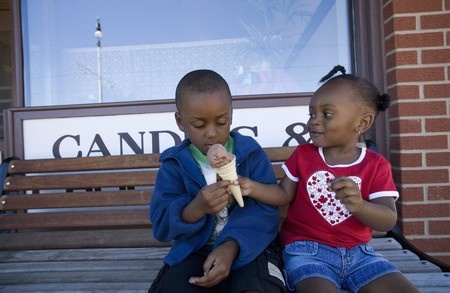 I’m not very religious and not a big fan of church or bible study, but I am one of the most faithful people you’ll ever meet. I believe that the Power who created us will never bring us to a challenge that we cannot overcome, and that if you are good to people, somewhere along the way people will be good to you. This past week in my life as an entrepreneur proved that to me.

I’m the executive producer of a national public television series called “Taste the Islands”, that explores Caribbean food culture. We recently started shooting the second season of the series and just like the first time, this part of the experience has taken every ounce of strength within me to execute. There were disappointments that could have derailed the entire project, and avoidable delays that put some important elements in jeopardy.

But instead of focusing on the things that were going wrong, we focused on what was going right. We have an exceptional band of misfits in our cast and crew. They represent Jamaica, Haiti, Cuba, the Bahamas and the American South. Each day there were at least 10 people who looked and sounded nothing alike working hard, making fun, breaking bread, and pulling together the most amazing energy that we had all felt in a long time.

Though some of us had only just met, by the end of the week nothing mattered except that everyone was happy being a part of something bigger than any single one of us.

The fires that were mine to put out were still there, but as I focused on the light from the wonderful people around me, those fires became dimmer. The priority was not worrying about what was wrong, it was making sure that these wonderful people were alright. And they will be.

This journey to share Caribbean culture with the world can be very scary. It’s a lot harder than it looks. But by surrounding myself with good people I believe it is inevitable that like Bob said – every little thing gonna be alright!