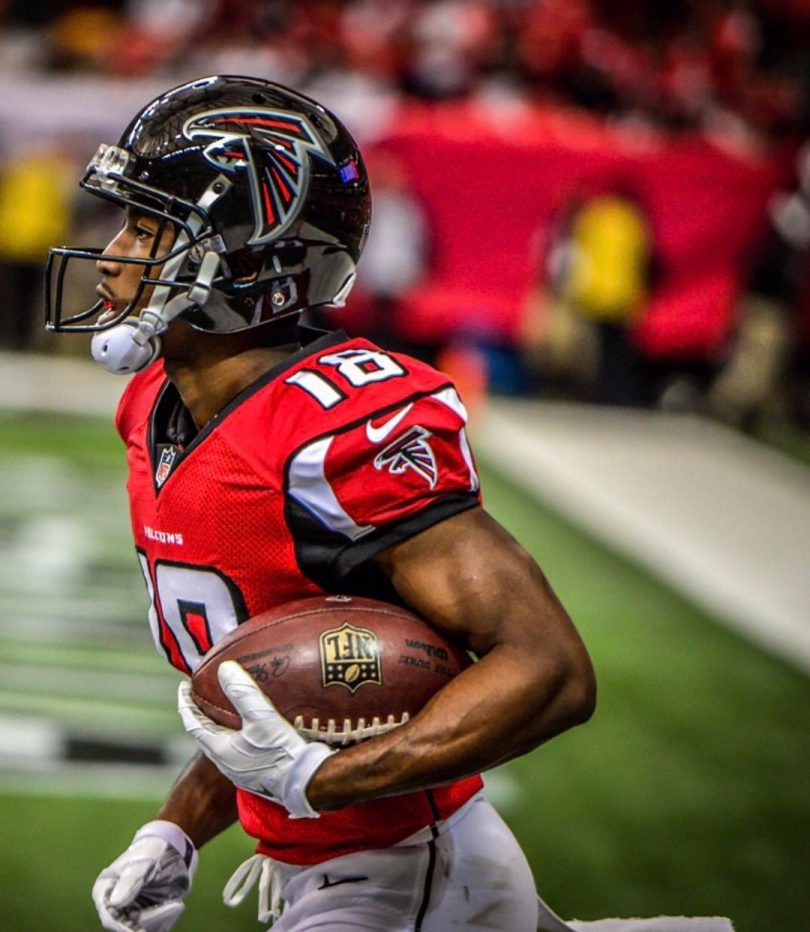 Taylor Gabriel, who plays as a wide receiver with the NFL’s Atlanta Falcons, believes he could beat Jamaican Olympic champion sprinter Usain Bolt in a race if the distance was shorter than 100 meters. Gabriel gained attention during his first season with the Falcons for his speed. He caught six touchdown passes during the 2016 season. In an interview on the NFL Network, he said he could probably outrun the world’s fastest man, Bolt, but not in a 100-meter race, which is Bolt’s specialty and in which he holds the world record time of 9.58. Instead, Gabriel believes he would win if the distance was 30 yards (27 meters) and probably even at 40 yards. Gabriel was clocked at 4.27 on 40 yards in 2014; according to estimates by FreeLapUSA.com, Bolt could run that distance with a time between 3.96 and 4.20 under ideal conditions. NFL players do not use track spikes, run on a track surface, or use starting blocks, so the estimate for Bolt running the 40 meters without those things would be closer to the 4.2 figure.