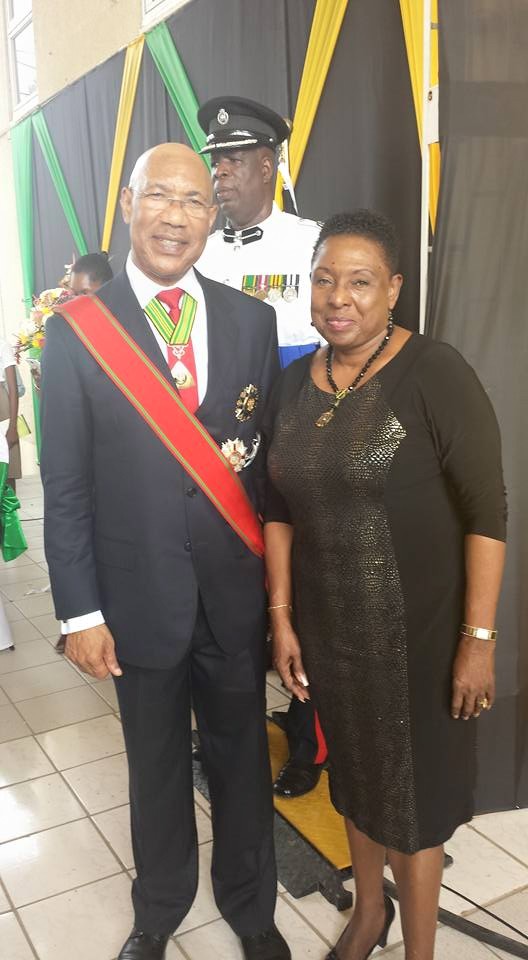 Jamaica’s Governor General Sir Patrick Allen has announced the names of the Jamaicans who will receive the Order of Distinction. Making the announcement at the 53rd Independence celebrations, Allen named Carvel Stewart, Lyndel Wright, Peter Prendergast, Olivia “Babsy” Grange, and Cynthia Cooke for the award. Stewart, recognized for his long service to the island’s construction industry and football, has worked in the country’s football administration since 1972, helping to create the Harbor View Football Club of which he currently is chairman. Wright received the award for his contributions to developing the construction industry and sport, particularly in cricket. Peter Prendergast, former FIFA referee, was recognized for contributions to the advancement of Jamaican football and refereeing. Grange received the honor for her contributions to the Jamaican Music Industry, Cultural Development, and Public Service. Cooke was recognized for her distinguished contributions to education and service as president of the Racers Track Club and as former principal of Camperdown High School. Badges of Honor were also awarded to the late Albert St P Grant and Chester Watson for their valuable service and contributions to the sport of cricket in Jamaica.