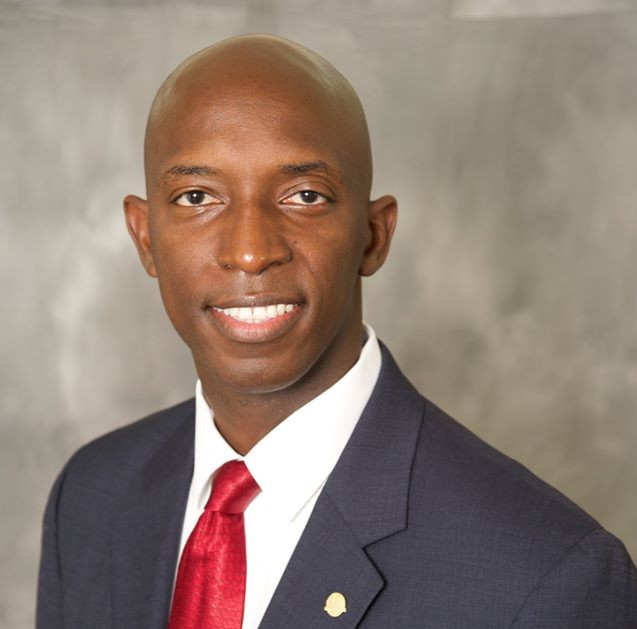 The mayor of Miramar, Florida, Wayne Messam, whose parents are from Jamaica, is hinting that he may make a run to become the president of the United States in 2020. The mayor is currently completing his first term as head of the Broward County city. If he decides to run, Messam will join an already very large field of candidates for the Democratic nomination. According to reports from the South Florida Sun-Sentinel newspaper, an attorney for Messam, Mark Herron, sent a letter to the Florida Division of Elections asking for clarity on the Florida “resign to run” law. The law requires elected officials who qualify to run in a federal election to resign if the relevant office terms would overlap. Hesson’s letter stated that he was seeking the information “on behalf of Wayne Messam, who is contemplating becoming a candidate for the office of president of the United States.” Messam’s re-election would be presented to voters at the polls on March 12, 2019.

Florida state law requires resignations to be submitted ten days before the first day of qualifying for whatever office the candidate seeks. According to Herron’s letter, presidential candidates are not required to qualify for federal office in the way Florida’s law describes. This is why he is seeking clarification from the Division of Elections. The newspaper also reported that Messam has contacted officials in the South Carolina Democratic Party; South Carolina is one of the first states to participate in the nominating process elections. It is also the earliest state in the process that has a large population of African-Americans.

Messam told NBC 6 reporter Jackie Nespral in an interview that his experiences have prompted him to consider a presidential run. He specifically cited the creation of jobs in Miramar, which is one of the fastest growing economies in the US.

Messam, 44, is married and has three children. He was born in Palm Beach County. His parents emigrated from Jamaica. He first became famous as a starting wide receiver for the Florida State Seminoles, which won a national title during his freshman season in 1993. After graduation, he was drafted by the Cincinnati Bengals of the NFL. While at FSU, Messam served as student-body vice president. Later, he moved to Miramar and worked in the pharmaceutical industry before starting his own construction company.

He has actively campaigned for candidates of the Democratic Party in recent elections, including supporting Hillary Clinton for president in 1016 and Andrew Gillum’s run for governor in 2018.