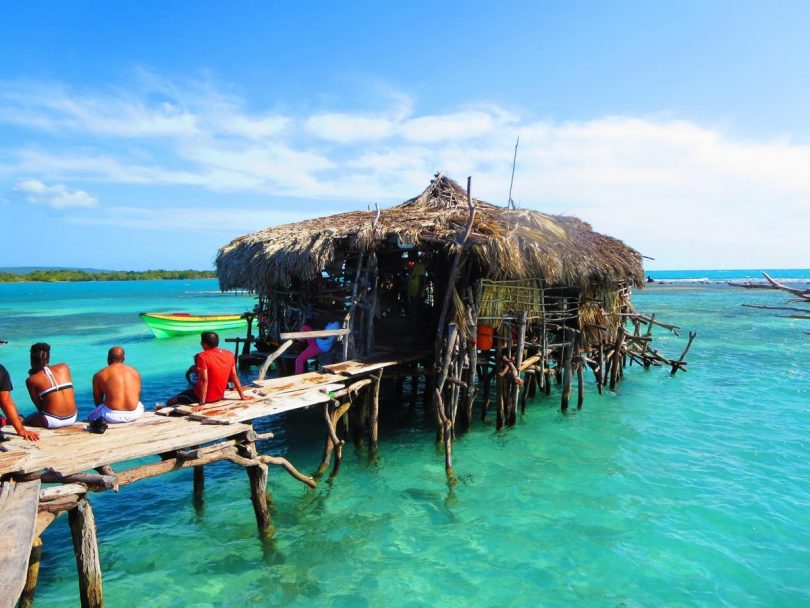 Jamaica is home to what has been called the “world’s coolest bar.” Floyd’s Pelican Bar can be found on a sandbar in the middle of the Caribbean; it can only be accessed via boat. Its appearance is reminiscent of something nailed together by someone who has perhaps partaken of too much local rum, but that only adds to its appeal. According to the local lore, Floyd had a dream that his life’s mission was to create a bar in the middle of the ocean, and so he got a truckload of driftwood and made his dream come true a mile out from the shoreline. Finished in 2001, the Pelican Bar was so named because of the large number of pelicans that landed on the sandbar. As it became the go-to hangout for Floyd and his friends after a day of fishing, it also became notices as a must-see attraction by local hotels. In 2004, the original bar was destroyed by Hurricane Ivan, and while Floyd could not afford to rebuild, local business owners understood is value to tourists and had it reconstructed after it received substantial donations. At Floyd’s visitors can eat, drink, swim, sunbathe or even play dominoes. Located off Treasure Beach, it takes ten or fifteen minutes to get there, and since they can leave only when a boat comes out to get them, tourists should be prepared to spend some time at the bar.