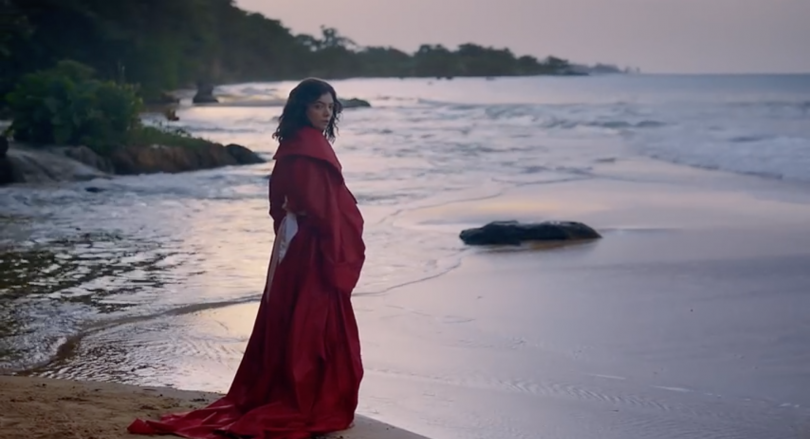 Fodors travel website lists the music video for “Perfect Places” featuring Lorde as one of the top 10 videos that will make travelers want to visit the shoot location, in this case, Jamaica. The video intentionally provides visuals that contrast with the sensibility of the song, which involves drinking to become numb to the pain of existence. In the video, the singer is depicted taking a fairytale vacation by herself. Lorde walks through an iron gate to reach an empty beach and then swims under a waterfall in a secret lagoon. She is also shown swinging on vines in a subtropical forest and dressed in chiffon at night while water laps rocky outcroppings. In spite of the depressing nature of the situation set down in the song’s lyrics, the video is likely to make the viewer want to go to Jamaica, one of the “perfect places” in the world.

The video was directed by Grant Singer and was shot in Jamaica with a release on the singer’s YouTube channel in August of 2017. According to Lorde, the video contains references to Paramore’s “Ignorance” and Monster” videos, as well as her own track “Sober II” from the “Melodrama” album. The yellow dress and hat worn by Lorde at the beginning of the video were inspired by Tarzan’s Jane.

Watch the video below:

Other music videos that will inspire potential vacationers to visit the location in which they were shots include “Miami (feat. BIA)” by Kali Uchis, shot in Miami, Florida; “Losing You” by Solange in Cape Town, South Africa; “Alaska” by Maggie Rogers, shot in the woods of Alaska; “Malibu” by Miley Cyrus, shot in Monterey, California; “Davey Crockett” by Hinds + “All My Loving” by The Parrots, shot in Barcelona, Spain; “In My Feelings” by Drake, shot in New Orleans, Louisiana;  “Dove” by Pillar Point, shot in Bogota, Colombia; “Black Lake” by Björk, shot in Iceland; and “Wannabe” by Spice Girls, shot in London, England.