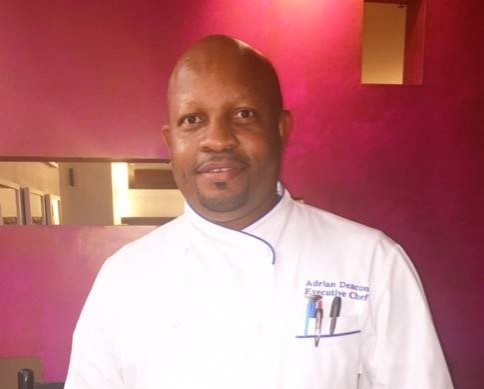 According to Food and Wine, one of the best places to enjoy real Jamaican Food in Miami, Florida, is at Cork & Kale, a restaurant located in the Even Hotel near Miami International Airport. In the kitchen is Chef Adrian Deacon, a Jamaican-born culinary expert who cooks a menu that includes traditional Miami fare like baked barbeque wings and Cuban wraps, but also features his well-loved Jamaican recipes, which are featured as daily specials. The excellent Jamaican dishes are little known, however, as only world-of-mouth has promoted the chef’s talents thus far.

Deacon says he does not have a set menu of Jamaican dishes at the hotel, but he follows Cork & Kale’s concept of “eating well and eating green.” This allows him to incorporate his own home-inspired flavors. Recently, his specials have ranged from coconut and almond snapper with a pineapple-ginger-rum reduction glaze to grilled lobster with honey garlic Guinness butter. He also served up coffee-and-cocoa-dusted beef tenderloin with red peas and a coconut risotto.

Deacon started cooking in 2012 for family and friends who were his neighbors in Jamaica. He noted that a real Jamaican uses foods that are grown locally and are so abundant that they are inexpensive. “The epitome of Jamaican meal planning is pairing local foods to create wholesome meals. As much as it’s healthy, it’s always tasty,” he said.

The chef never fries anything inside the kitchen, but grills, bakes, and pan-roasts nearly all his dishes with a variety of spices and produce to develop unique flavors. He recognizes that Jamaican food is loved by many, but says that to eat it properly, real Jamaican spices and herbs must be used. Jerk chicken does not need to be overly spicy, he noted, as true jerk chicken is flavorful “like a perfect balance between sweet and savory. Paring a meal with Jamaican beer, wine, or a Jamaican fruit juice is just as important, too.”

While Deacon moved to Miami in the 1990s, he has been working in hotels since his teen years, moving up the in the kitchen hierarchy along the way and finding new ways to combine his passion for cooking and his love for Jamaican food. He was given the chance to cook for former First Lady Michelle Obama’s “Let’s Move” campaign in Richmond, Virginia, a few years ago, as part of her effort to encourage children to eat healthier foods. He said people often have the wrong idea about Jamaican food by focusing on its spices; it actually emphasizes fresh and vibrant flavors, he said, and is about “finding a flavor profile that even a small child can enjoy.”

Always passionate about food, Deacon grew up in the kitchen with his mother and grandmother, and “not much has changed since then,” he stated. He still tries to push boundaries and transform simple Jamaican dishes into tasty, health, and elaborate meals for the travelers and locals in Miami. Deacon’s ultimate goal? To have his own restaurant.