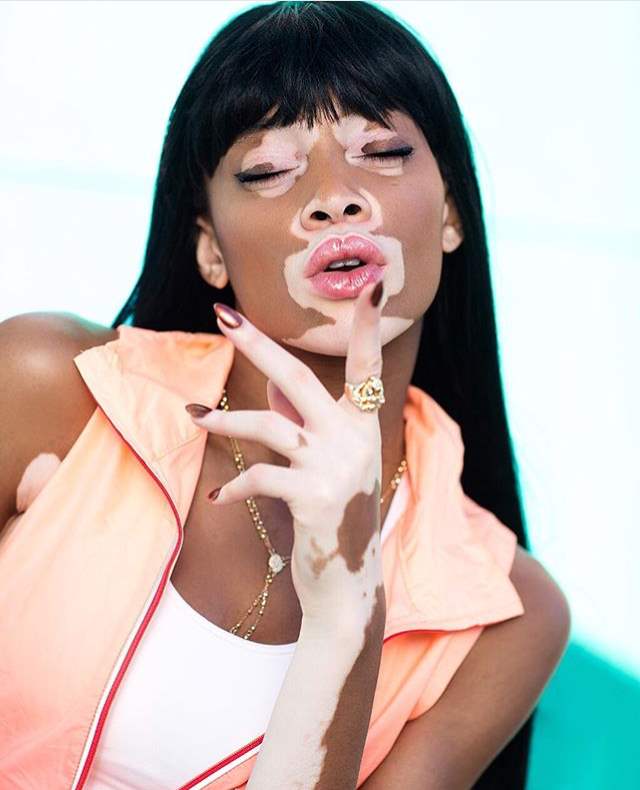 Winnie Harlow, 21, a model of Jamaican descent who was born in Canada, received an invitation to participate with a star-studded cast of black women on Beyonce’s groundbreaking “Lemonade” project. Harlow, named Chantelle Brown-Young at birth, has emphasized her rare skin condition of vitiligo in her modeling career and has previously appeared in ad campaigns for Diesel and the Spanish brand Desigual. She placed sixth on the 21st cycle of the television program “America’s Next Top Model” after being called back by public acclaim to rejoin the competition after being eliminated several different times. Harlow was invited to participate in the “Lemonade” project just two days before filming began in Louisiana. She appears alongside stars like Zendaya, Amandia Stenberg, and Ibeyi, and Sybrina Fulton, mother of Trayvon Martin, and Lezley McSpadden, mother of Mike Brown, in addition to Beyonce. When informed of the invitation, Harlow said “Anything for Beyonce.” Harlow wore an African-inspired orange and teal costume in the chapter “Resurrection,” and a soft, white, billowy costume in the “Freedom” chapter. Harlow is seen holding a framed portrait during the performance, which is actually a picture of her great-grandfather that replaced another picture originally in the frame because the producers wanted the performance to be more meaningful to her.