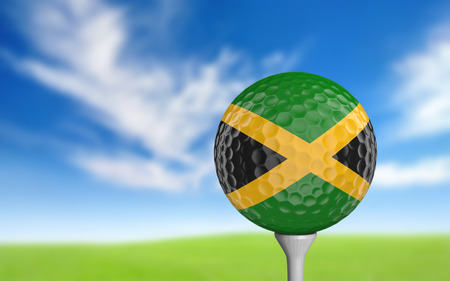 Along with being known for its food and music, Forbes Magazine has recognized the island’s excellent options for golfers. Golfers in Jamaica can experience diverse geography, tropical flora and fauna, lots of history, and welcoming local communities. Among the courses cited in the article are the White Witch, Cinnamon Hill, Half Moon and The Tryall Club, all of which are located near the airport and resorts of Montego Bay. The White Witch is situated on the 4,000 acres of the Rose Hall Estate, which is said to be haunted by Annee Palmer, the “white witch. It” presents lush green fairways that drop down steep mountainsides and are surrounded by jungle. Forbes calls this par-71 course “unquestionably” one of the best the Caribbean has to offer. Cinnamon Hill, par 72, is also on the Rose Hall grounds and shares the mountainous terrain of the White Witch, but works its way along the waters of the Caribbean. This course was characterized as the most “diverse” on the island, running from the mountains to the coastline and featuring an old graveyard behind the fourth tee. The back nine is near the home of Johnny Cash in the jungle and was the backdrop for the James Bond film “Live and Let Die.” The Tryall Club, a luxury resort, is built on a 17th-century plantation and was the site of the Johnnie Walker World Golf Championship tournament, the richest purse in professional golf, from 1991 to 1995. The front nine is lower on the property, while the back nine climbs into the hills, providing a 300-foot change in elevation. This 2,200-acre private club can be accessed through one of 90 privately-owned villas. It features an over-water restaurant for post-round enjoyment. The Half Moon Club was described as the “most conventional” of the courses featured. It was built in 1964 and renovated in 2005. It is relatively flat but showcases beautiful royal palms that line virtually every hole. The course offers the longest practice range in Jamaica.