Four Practical Decisions That Will Boost Any Marriage - Jamaicans.com 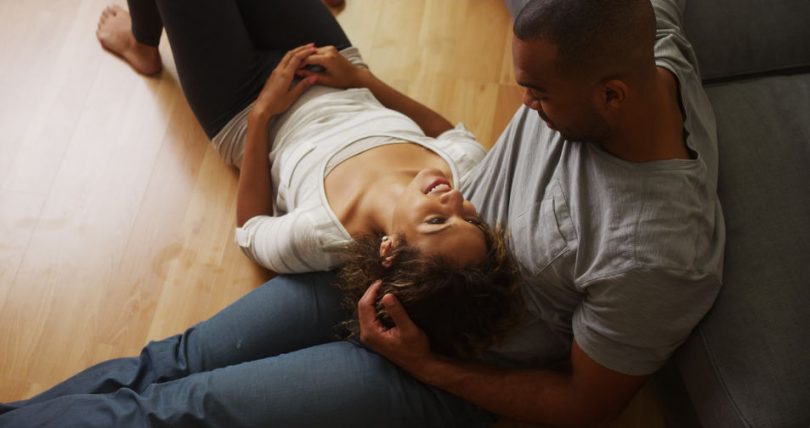 When Michelle and I started dating 25 years ago we had no clue about what it took to have a marriage.  Even worse we had absolutely no idea marriage gets hard.  The last thing on our minds was “working at a marriage.”  I am sure many married couples reading this article can attest to this reality too.  Many, even today, crave a boost in their marriages but do not know how to get that boost.

Fixing broken relationships is NEVER easy and putting plaster over them don’t last very long, but there are some practical, and intentional actions that can be taken to bring a BOOST to any marriage that has a sore foot!

Try these four actions for a month and watch the BOOST that your marriage will experience.  Watch the climate change that will take place when you are intentional about deciding to do these four things and actually do them.

1. IGNORE YOUR SMARTPHONE
The new addiction today is getting lost in checking email, texting and reading from the smartphone. Many get locked away in the CELL…no wonder it’s called a CELLphone.  The biggest error is buying into the myth that the world needs you more than your spouse.  Get out of the CELL by putting the CELL away when you are home with the family.  How else do you focus on your spouse?   It appears that the smartphone is smarter than spouses who miss the fact that it has a shutoff button!  Ignoring the cell and focusing on your spouse will bring such a positive change in any marriage relationship experiencing a drought!

2. SHUT DOWN THE COMPUTER
Computers are great. But, it’s like they steer at you saying “come logon!” when they are left on. They call out to you saying “Hey Carim, come pay me some attention, I can show you the world, just surf along with me!”  It’s very easy to get home and decide to just check a quick email, or send a quick message etc…when the computer screen steers at you.  It is best to turn it off and check in with your spouse, send a love note from your lips or a time of talking just about anything. It’s called spending QUALITY TIME with each other to BOOST your language of love!

3. COMMIT TO KEEPING YOUR WORD
If you promise to be home by 7pm…..go home.  Not 7:30….not even 7:05.  Honoring your promise leads to a spouse who trusts your word.  It really leaves a lasting effect when a simple act of commitment is lived out.

4. MINIMIZE TELEVISION WATCHING.
Michelle and I went cold-turkey for over one year watching no tv. Yes, we needed that time to spend together and with God. Our marriage relationship got such a boost since then, both spiritually and emotionally.   I am not suggesting that you do the same unless it works for you and spouse.  The idea is to reduce the time spent watching television and increase the time spent in dialogue with each other.   I remember growing up in a Christian home where dinner time was dinner time.  This was a time when we got to express our hearts while eating together at the dinner table.  I would see my grandmother and grandfather engage in conversations that set the tone for togetherness.  Today, one or both spouses eat on the couch while watching Television.  TV is a time robber and intentionality in turning it off sometimes is not a bad thing in order to get that quality time with your spouse that is well needed.

Carim’s passion is marriage and family. He and his wife of twenty years, Michelle,  are hosts of MARRIAGE IN A MINUTE AIRS ON Omega Radio Broadcasting Network every Saturday at 3:30 pm ET….101.9FM, 102.3FM or 103.9FM covering as far South as Miami Dade County and as far North as New York.  Listen from ANYWHERE by free mobile app….W.O.I.B.  as Carim and his wife MARRIAGE.

He has authored two books, The importance of Salvation and Staying Married Becoming One Flesh.  Carim is now on his third book, PURITY IN PREPARATION FOR MARRIAGE.  His journey has taken him from Insurance adjuster to minister through writing and public speaking.  Carim leads men’s ministries, married couples lifegroups, praise and worship along with many other areas of ministry as God has lead him.  Carim and his beautiful wife Michelle have appeared on Television programs , namely TBN, speaking about marriage and family.  He has been on various radio and TV stations in different parts of the country speaking and interviewing on the topic of marriage and family.  He is a great motivator, mentor and loves the Lord with all his heart.  His passion is to see every marriage go the long haul while being molded into God’s image.

Join Carim on this great journey as He reaches the unsaved for Christ while continuing to encourage marriages and families. Visit his website, Facebook page and the  MARRIAGE IN A MINUTE Facebook page for updates.