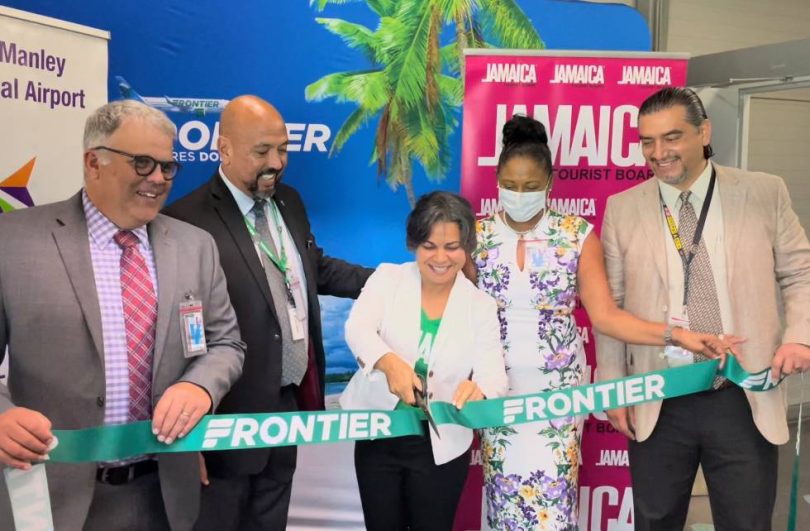 Frontier Airlines has added a direct flight to Kingston, Jamaica (KIN), from Miami, Florida (MIA). The airlines will fly the route three times a week, on Tuesdays, Thursdays, and Sundays, all year round. This is the first time that Frontier, which describes itself as “America’s Greenest Airline,” has provided service to Jamaica’s capital city. The inaugural 45-minute flight originated at the Miami International Airport on Thursday, May 5, 2022, and carried 75 passengers. The plane, which was marked with the signature “The Tex Armadillo,” landed at Jamaica’s Norman Manley International Airport at 8:30 am.

According to Michael Pewther, Frontier Airlines’ senior sales manager, the airline is looking forward to enjoying continuing success in Jamaica in general and Montego Bay in particular with its decision to bring people to the island to enjoy everything Jamaica has to offer. He added that Frontier hopes that Jamaican locals will also take advantage of the airline’s new route to visit their friends and family in Miami as well. Pewther said that Frontier decided to add the new route to Jamaica after hearing calls from underserved passengers in the market for more flights to and from Kingston. 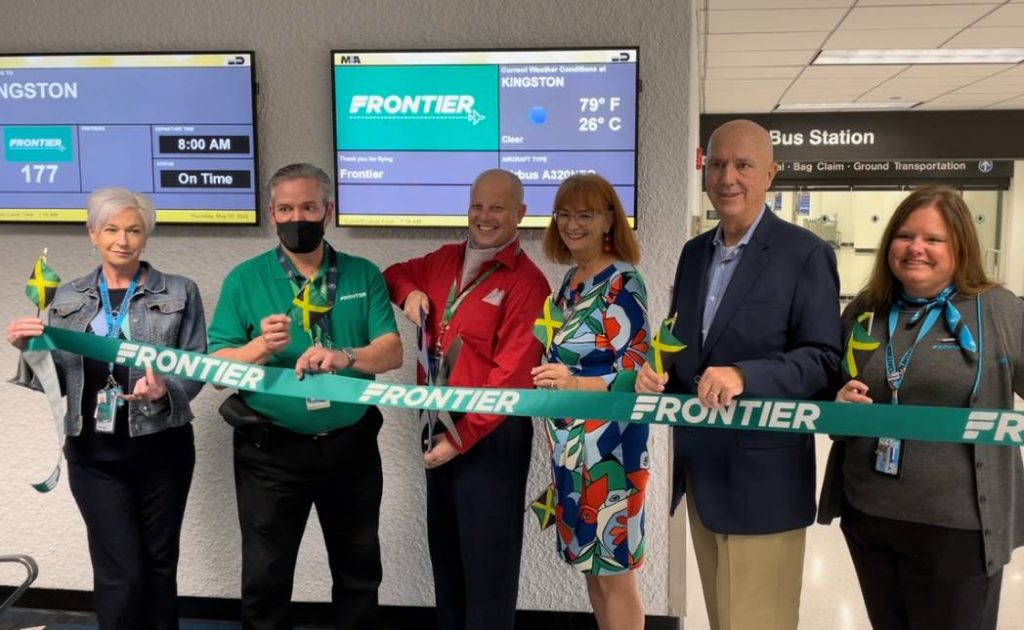 Frontier, a 28-year-old budget airline, will also begin to offer non-stop flights to Montego Bay in Jamaica in June and July of 2022. There will also be flights available to Punta Cana and Santo Domingo in the Dominican Republic and to San Juan in Puerto Rico. The new routes to the Jamaica and the Dominican Republic are the first new international destinations added by the airline since the beginning of the COVID-19 pandemic.

Francine Carter Henry, who manages tour operators and airlines at the Jamaica Tourist Board, represented Jamaica’s government at Manley International Airport to welcome Frontier’s first flight on its new route. She expressed the government’s appreciation at being part of the airline’s expansion plans and added that the three weekly flights align well with the nation’s plans to invite more visitors to the island. She added that the Jamaica Tourist Board is excited about the new service and hopes that it will allow more people to share Jamaica’s unique culture and all the opportunities available in the country.

Frontier Airlines is a major American budget carrier with headquarters in Denver, Colorado. It currently operates flights to over 100 destinations in the United States and 31 destinations around the world. The airline employs over 3,000 staff members.