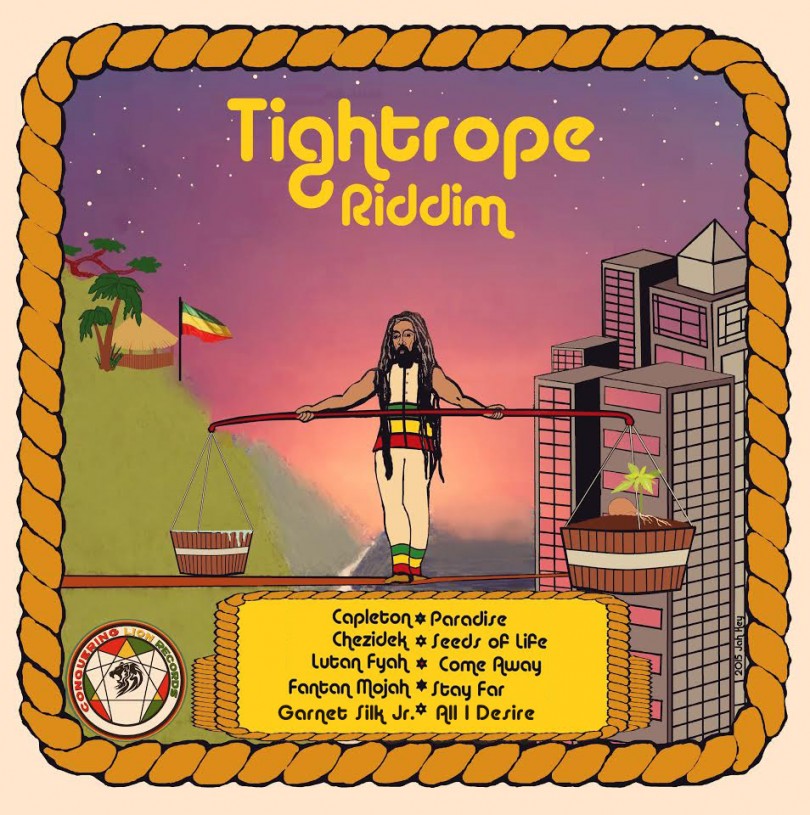 Life is a tightrope, a balance between good and evil, positive and negative, one cannot exist without the other, and as music is the soundtrack of our lives, those sentiments are echoed on the “Tightrope Riddim” EP.

Speaking on this musical project, producer Chris Lion explained “Well tightrope was inspired by my journey towards music production. I also view the name as a situation where one must be very cautious while walking on life’s path.So the name basically depicts life’s journey where one has to balance both his actions & spirituality”.

Released this past summer, “Tightrope Riddim” was received to rave reviews with several breakthrough single enjoying rotation on worldwide airwaves, but as the anniversary of the passing of legendary Garnet Silk approaches, Conquering Lion went back full circle by releasing “All I Desire” by Garnet Silk Jr, the son of the late great singer.

Speaking of the song, the young reggae artist stated “All I Desire is about the risks we take to prove our affection to the one we love can be much like walking a Tightrope. Also for me, the “Tightrope” signifies the acceptance and acknowledgement  that there should be a balance between genuine love and mere desire or lust. Balancing love and physical desire/lust, is desiring LOVE”.

The release of the latter is a musical family affair for Conquering Lion Records as  “Chris Lion” explained the connection “If our name sounds familiar to some people it’s because my father was the owner of the famous Conquering Lion Sound System from back in the days. The Conquering Lion Sound System was a vehicle of expression for a number of youths; among them was Garnett “little bimbo” Silk. My father and Garnet became steadfast friends, and after his passing, my father decided to take leave of music in respect of his beloved friend”.

He further added “The sound system was created to promote consciousness in music as opposed to the music that highlights fashion and dehumanizes persons in society, and i wanted to continue that legacy through producing the music. what better way to pay homage to both our fathers than to work together.”