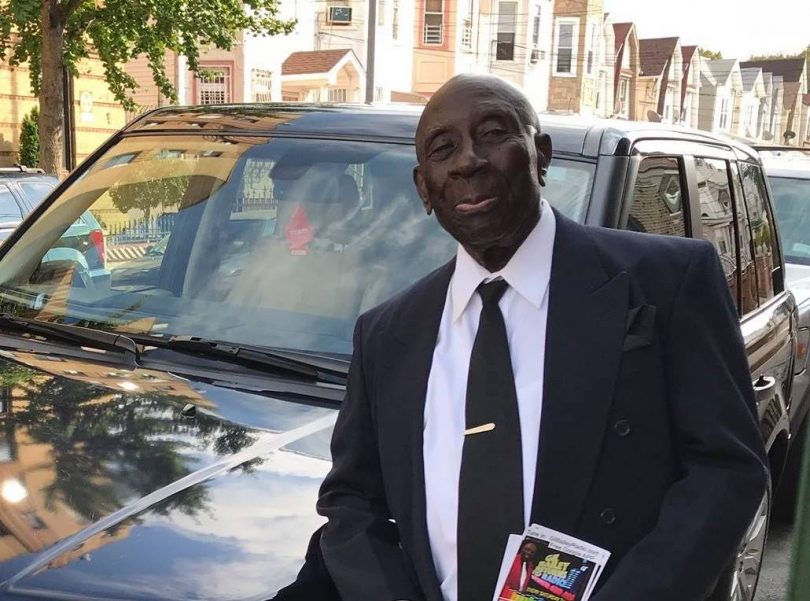 On a day when Caribbean diasporans reflect the nostalgia of growing up on sunny islands and the tradition of celebrating Easter Monday, the passing of Gil Bailey, Jamaica’s revered ‘Godfather of Reggae” shattered the silence of another day of quarantine from the COVID19 afflictions in New York.

Resonating with sadness and grief that only a few will be able to attend his funeral due to the national state of emergency, his fans lamented the fact he will be denied the sendoff he deserved as a beloved radio veteran.

Going forward, the Jamaican tradition of merriment with beach parties, picnics and excursions previously marked on Easter Monday will be recalled with the tragic loss of the relatable personality.

Early in the day social media alerts, phone calls and radio station messages announced the sad news that the pioneering radio personality succumbed from the coronavirus. Reports are that he had been ailing and had been hospitalized with symptoms of kidney failure.

“Shortly after midnight, my mom lost her father. It hurts that she wasn’t able to be by his side while he passed away due to he contracted COVID 19 and had been isolated,” his granddaughter posted on social media.

“My grandfather had a successful life and career…I’m Proud.”

Speaking on her mother’s behalf she said: I’m sorry I couldn’t say goodbye.”

Throughout the decades — allegedly five — Bailey consistently reminded his listeners of the cultural tradition of partying after the solemnity of Lent and the hopeful day of Resurrection which is followed by revelry.

But this Easter Monday, Bailey departed after waging a fierce struggle to survive symptoms of kidney failure.

Those familiar with his journey from Jamaica to London, England and his trailblazing radio shows on WHBI-FM will lament his distinct delivery and grounded speech pattern that distinguished him from other radio personalities.

“He spoke Jamaican patois – raw chaw and real,” Habte Selassie said. “I used to listen to the Earl Chin show then and Gil would come on afterwards and it was like no other – straight from Yard,” the host of WBAI-FM’s Labbrish explained.

“Gil would talk about getting the bun and cheese, the fry fish, the bammy and today would be talking about Gunboat Beach and Bournemouth where stout and rum used to flow.” 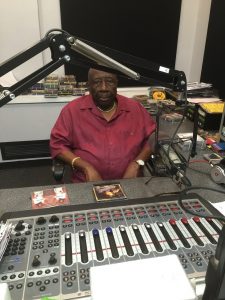 Immigrants from Jamaica related to the familiarity. Despite the fact many considered his delivery to be unrefined, non-broadcast quality and appealing to a rural Jamaica demographic, Bailey never abandoned his native tongue or compromised standards he thought might alienate the audience he sought to reach.

Instead he persevered when the brokered FM ceased operating and transferred the Gil Bailey Show to numerous dials spanning AM and FM.

At a juncture, his program expanded with daily airings and on a Saturday would dominate the day with news features, comedy bits, news and music.

“He was truly the Godfather,” Yvonne Smith, a former listener said. “He gave information about Jamaica that no other radio station provided.

His sponsors were the little restaurants, bakeries and patty shops and he could tell listeners where to buy fried dumpling, mackerel and bananas, fried plantain, dasheen, cocoa bread, pig’s tail and yam.

In latter years he integrated Jamaican gospel introducing groups such as Grace Thrillers, Carlene Davis and Chevelle Franklyn to the format.

“And he would also interview people like Butch Stewart (former chairman of Air Jamaica) and some of the big-wig politicians from Jamaica.”

“Mr. Bailey was the best of the best, he beat all the competition that came after him and his boat rides and banquets were boasy affairs where people dress up to show off.”

“Gil Bailey was a personal friend and we worked together for several years to promote Jamaica and our music in North America.  Gil became known as the godfather of New York Reggae radio, but when he just started out in the 1960s no one was playing Jamaican music on radio in America.  He came along and changed that by introducing Reggae music to American radio audiences. His contribution to the popularity of Reggae music in North America has been immense.

I am truly saddened by his passing and remain grateful for the role he played in the development of Reggae Music.”