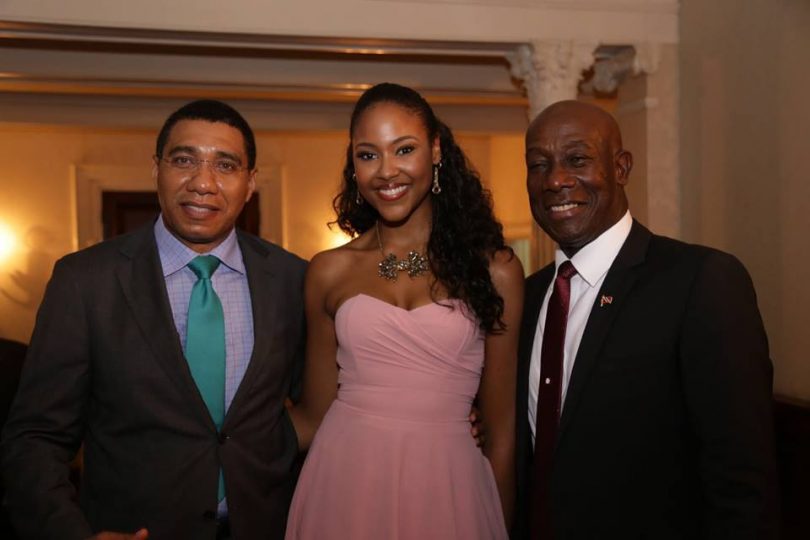 Former 2013 Miss Jamaica Gina Hargitay has taken on the role of ambassador for the international charity Shashamane Sunrise. She began to serve in this position with the organization, which helps to educate children in developing countries, in November of 2016. The nations within the group’s mandate include Jamaica, Haiti, Trinidad and Tobago, Kenya, Uganda, and Ethiopia. Since becoming a “Shash Ambassador,” Hargitay co-hosted the group’s major charity event, the “Fashion Meets Music” event, which also involved former Miss Universe 1998 Wendy Fitzwilliam. She is also instrumental in the tours to the organization’s sponsored tours in Jamaica, including Windsor Forest Primary in Portland and National Basic School in Trench Town. Hargitay says that empowering youth is personal for her as she has always wanted to make young people aware of their potential impact on society. She lends her support to the Shashamane Sunrise Charity because of its focus on youth and education. In other youth empowerment work, Hargitay has been involved with USAID, the School for the Deaf, Missionaries of the Poor, and the McCann Child Care Center in Jamaica. Believing that education is a major way to spur development of youth people, Hargitay attended More House Catholic School in London, excelling in music, fencing, and martial arts.