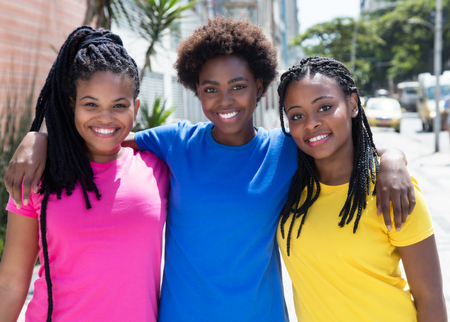 A survey conducted by Glamour Magazine and L’Oréal Paris showed that black women had a consistently higher sense of self-esteem than white or Hispanic women. They were also more likely to describe themselves as successful and beautiful than other races.

Black women also are more positive about themselves and their bodies, with 56 percent of survey respondents agreeing with the statement, “I am proud of the person I am becoming,” while 47 percent say “I am happy the way that I am.” The percentages for white women are 37 percent and 34 percent, respectively.

Twenge attributes these positive thoughts to the fact that black women are taught that they are strong, beautiful, and smart while they are growing up, understanding that the more confident a woman is, they better she will be able to deal with racism. This approach is handed down from generation to generation. Wisconsin pediatrician Jasmine Zapata, 30, says her family helped to build her self-confidence and optimism throughout her childhood.

This could also explain the reason that black women celebrated their curvy bodies before body acceptance entered the marketing arena. Kosolu Ananti, 34, a fitness instructor in Dallas, Texas, said that curves are admired in the black community. Alicia White, 30, executive director of a New York City nonprofit, noted that, in her experience, no one “is judging you based on your weight or anything else. My mother instilled in me that I should feel beautiful and confident and be proud of my features because they were passed down by my ancestors.”

African American women say that the internal confidence they have represents a powerful antidote to a sometimes hostile culture. According to Ananti, what black women go through as members of a minority group brings insecurities, but they try not to let these experiences damage their overall sense of self-esteem.